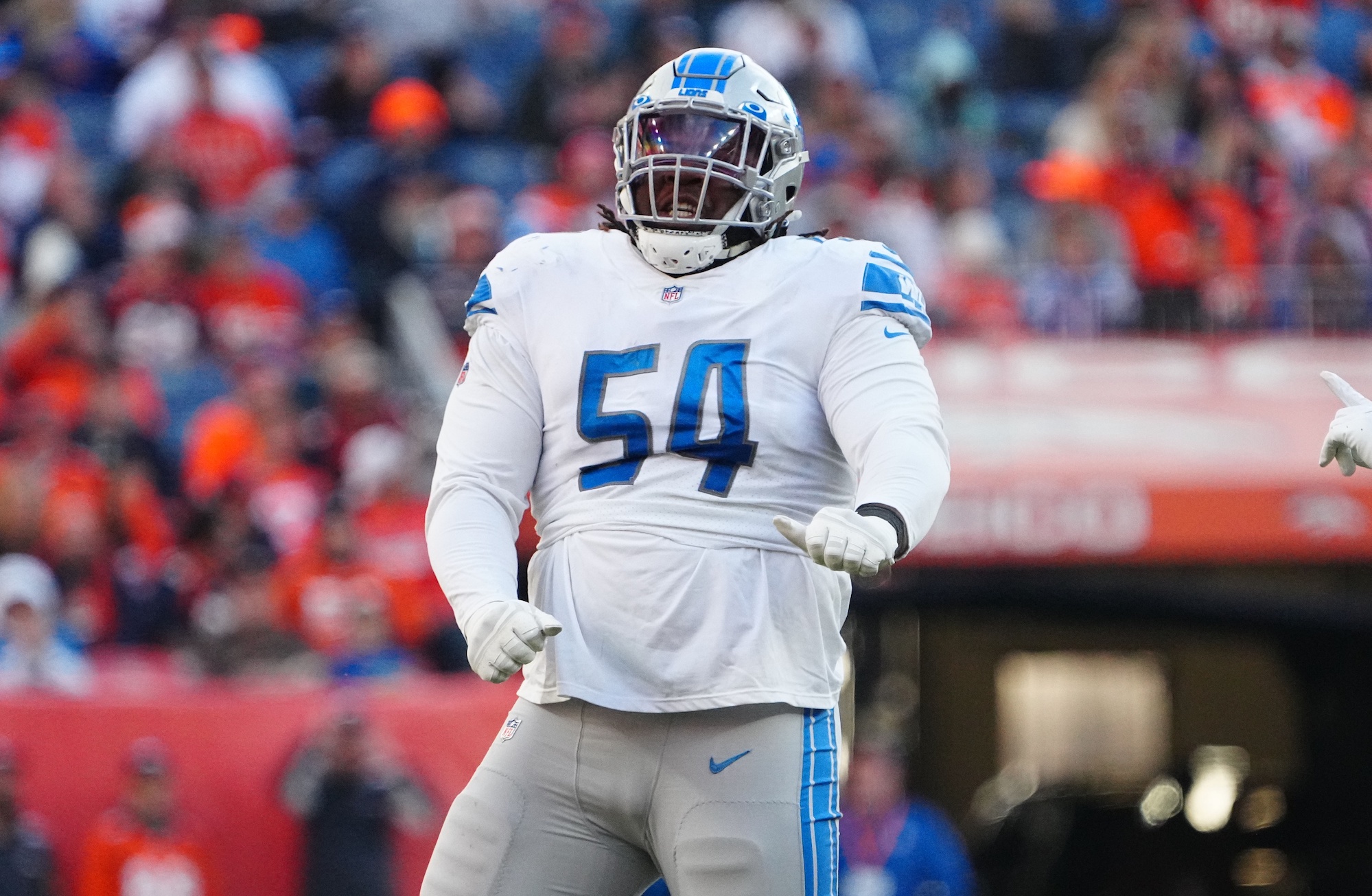 Why Lions’ Alim McNeill Is Poised For Breakout 2022 Season

Detroit Lions sophomore-to-be defensive tackle Alim McNeill could enjoy a breakout campaign in 2022. The 72nd overall selection in the 2021 NFL Draft, McNeill displayed flashes of brilliance as a rookie nose tackle despite playing on a struggling defensive front. Like most first-year players, McNeill was marred by inconsistencies as well, but he did show considerable growth throughout the 2021 season. All in all, McNeill’s debut season introduced the Lions fan base to a player with boatloads of potential as he approaches year two.

McNeill appeared in all 17 regular-season contests for the Lions, logging 39 total tackles (15 solo) and 2.0 sacks while playing as the nose tackle in defensive coordinator Aaron Glenn’s 3-4 defensive front. McNeill was often asked to occupy space while allowing his teammates to slip in behind him and make tackles. McNeill has the sufficient anchor necessary to win in single-block and double-team scenarios. A natural run stuffer, McNeill’s pre-draft evaluation showcased an above-average athlete with good explosiveness and outstanding pursuit. At NC State, McNeill was at his best when allowed to shoot gaps and serve as a penetration-type defender. We expect more opportunities for McNeill to do just that in 2022.

The Lions should possess more talent across their defensive line in 2022. That should help McNeill take the desired step forward. Detroit lacked a true sack artist last season and opposing offensive lines rarely had to focus their energy on one player. That could change with the emergence of EDGE defender Aidan Hutchinson, who Lions General Manager Brad Holmes drafted with the No. 2 overall selection in the 2022 NFL Draft. Hutchinson’s presence could mean the Lions transition to more four-down looks this coming season, and McNeill should thrive via more one-on-one opportunities.

Paired with fellow second-year defender Levi Onwuzurike inside—who’s another candidate to show marked improvement in 2022, by the way—there’s every reason for McNeil to take another step forward for Detroit. The onus is on McNeill to prove capable of handling an increased role while showcasing more of a push and upside as a pass rusher. If McNeill can succeed in those areas, he’ll take attention away from Hutchinson while simultaneously landing himself favorable matchups.

McNeill’s physical brand of football is a perfect match for the approach preferred by Lions Head Coach Dan Campbell. McNeill’s hands are technically refined and he wins by initiating first contact. He plays with terrific arm extension and when most effective, McNeill can control reps at the point of attack. His pass-rushing traits remain raw, but McNeill has flashed quick swim moves and the ability to slip into the gaps to penetrate and collapse the pocket.

This Lions’ defensive front is blossoming with young talent. They currently carry the appearance of a unit that will display terrific improvement in 2022. Romeo Okwara is set to return from a season-ending Achilles injury suffered in early October. Charles Harris led the team in sacks last season (7.5) and re-signed via a two-year contract earlier this offseason. Julian Okwara offers terrific depth. Hutchinson is a Defensive Rookie of the Year candidate.

McNeill is going to be flanked by a dangerous cast of pass rushers in 2022. I expect McNeill to enjoy a breakout campaign as he prepares to take on a larger role in Detroit.