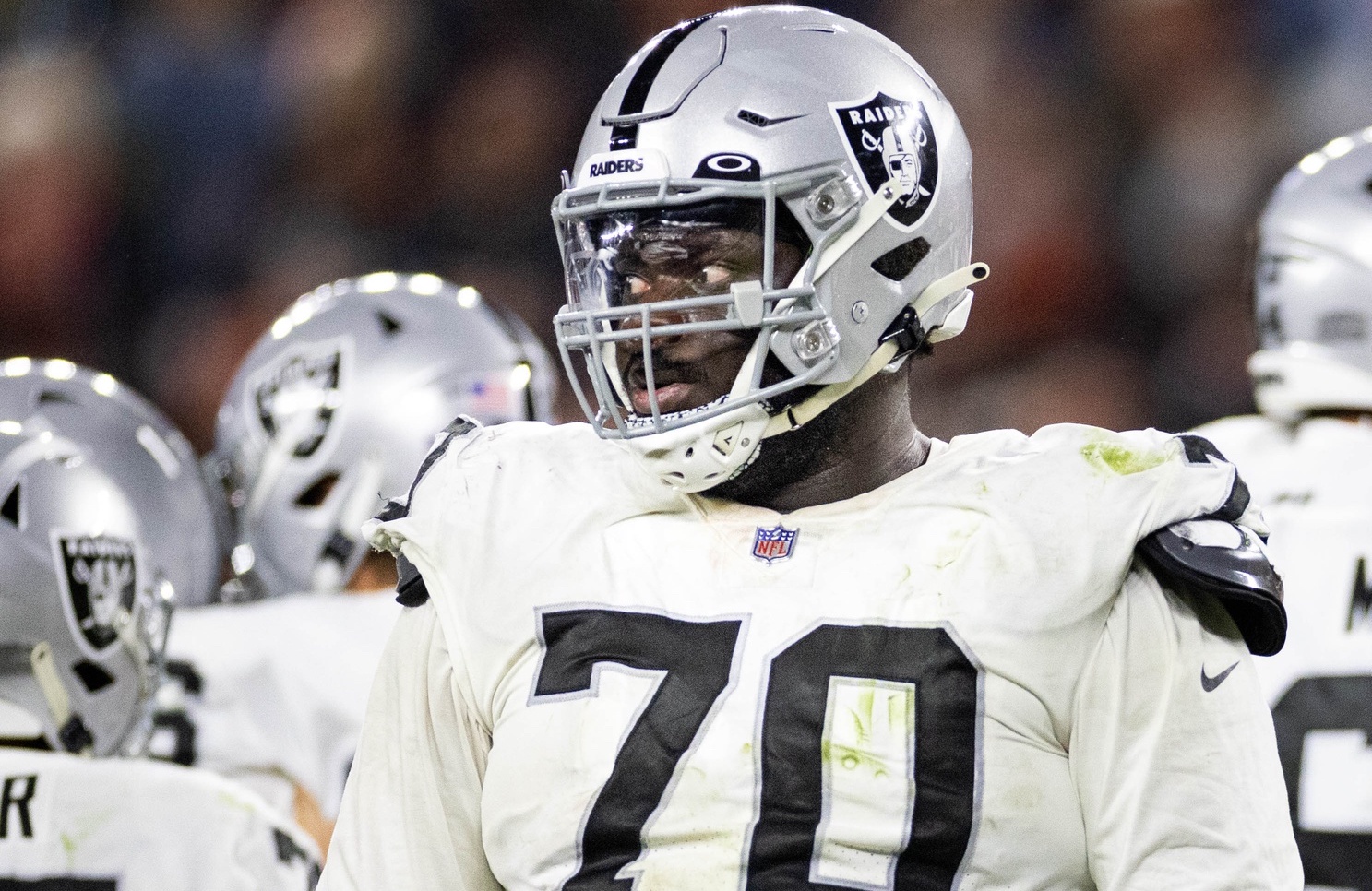 3 Teams That Should Add Alex Leatherwood

One of the more surprising releases occurred on Monday when the Las Vegas Raiders parted ways with offensive tackle Alex Leatherwood. The No. 17 overall selection in the 2021 NFL Draft, Leatherwood struggled mightily at both tackle and guard last season. This offseason welcomed more of the same difficulties, and the new Raiders regime decided to move on. General manager Dave Ziegler and head coach Josh McDaniels didn’t draft Leatherwood and they felt comfortable cutting ties with a first-round selection just one completed season into his career.

Leatherwood will be subject to the league’s waiver wire system on Wednesday, but the former Alabama product is extremely unlikely to be claimed. Should Leatherwood go unclaimed, the Raiders will owe him an additional $5.9 million and his cap number will become $7.86 million throughout the 2022 campaign, per Over The Cap. Leatherwood’s rookie four-year contract contained $14.39 million in fully guaranteed money. Teams will allow the Raiders to incur that financial blow while attempting to sign Leatherwood at a much lower cost.

Leatherwood will receive a second opportunity to develop into a quality NFL player elsewhere. A change of scenery may benefit his outlook. We’ve identified three franchises that could possess an interest in signing him.

The Steelers are entering the impending campaign with several question marks across their offensive line. General manager Omar Khan surprisingly decided to retain his two starting offensive tackles Dan Moore Jr. and Chukwuma Okorafor despite their less-than-desirable performances last season. Offseason acquisition James Daniels is a big upgrade at right guard, but there are depth issues present all throughout this group. The Steelers are eager to acquire help on their offensive line, per Jeremy Fowler of ESPN.

Steelers head coach Mike Tomlin is a fearless leader with an illustrious track record of motivating and developing ascending talents. Leatherwood would be wise to choose to work alongside a decorated coach such as Tomlin. The Steelers possess long-term question marks in the trenches. Leatherwood wouldn’t be expected to immediately start in Pittsburgh, but he could continue taking steps forward behind the scenes. This would be an intriguing marriage for Leatherwood’s future outlook.

Starting left tackle Tyron Smith suffered an avulsion fracture of the knee that may rule him out for the entire season. Rookie tackle-turned-guard Tyler Smith is expected to momentarily abandon his transition to left guard to fill in for the veteran Smith at left tackle. It places the first-year blocker in a tough spot. The Cowboys’ offensive line is in shambles following the offseason departures of Connor Williams and La’El Collins. Mike McCarthy’s Cowboys are lacking depth up front.

The Cowboys continue to shuffle things up front and it’s simultaneously hurting their depth. Leatherwood’s positional versatility makes sense in an environment like Dallas given their current needs. Cap space certainly wouldn’t be an issue should the Cowboys pursue Leatherwood’s signature. The Cowboys possess approximately $20.1 million in financial freedom, per Spotrac.

Jerry Jones never shies away from making a highly-publicized move. We wouldn’t be shocked if the Cowboys attempted to sign Leatherwood.

The Falcons only kept eight offensive linemen on their initial 53-man roster. It strongly indicates that general manager Terry Fontenot will be looking to make at least one addition on Wednesday afternoon. Former undrafted free agent Elijah Wilkinson is expected to start at left guard following Jalen Mayfield’s struggles in 2021. Mayfield hasn’t developed like the Falcons hoped he would. Leatherwood also has ties to the state of Georgia via his professional representation and collegiate career.

Starting right tackle Kaleb McGary has struggled mightily in pass protection and is entering a contract season after the Falcons denied his fifth-year player option. McGary’s future probably doesn’t reside in Atlanta. Falcons head coach Arthur Smith has a background in both playing and coaching across the offensive line. The Falcons have multiple long-term question marks at guard and tackle. Adding Leatherwood could eventually solve one of those issues.