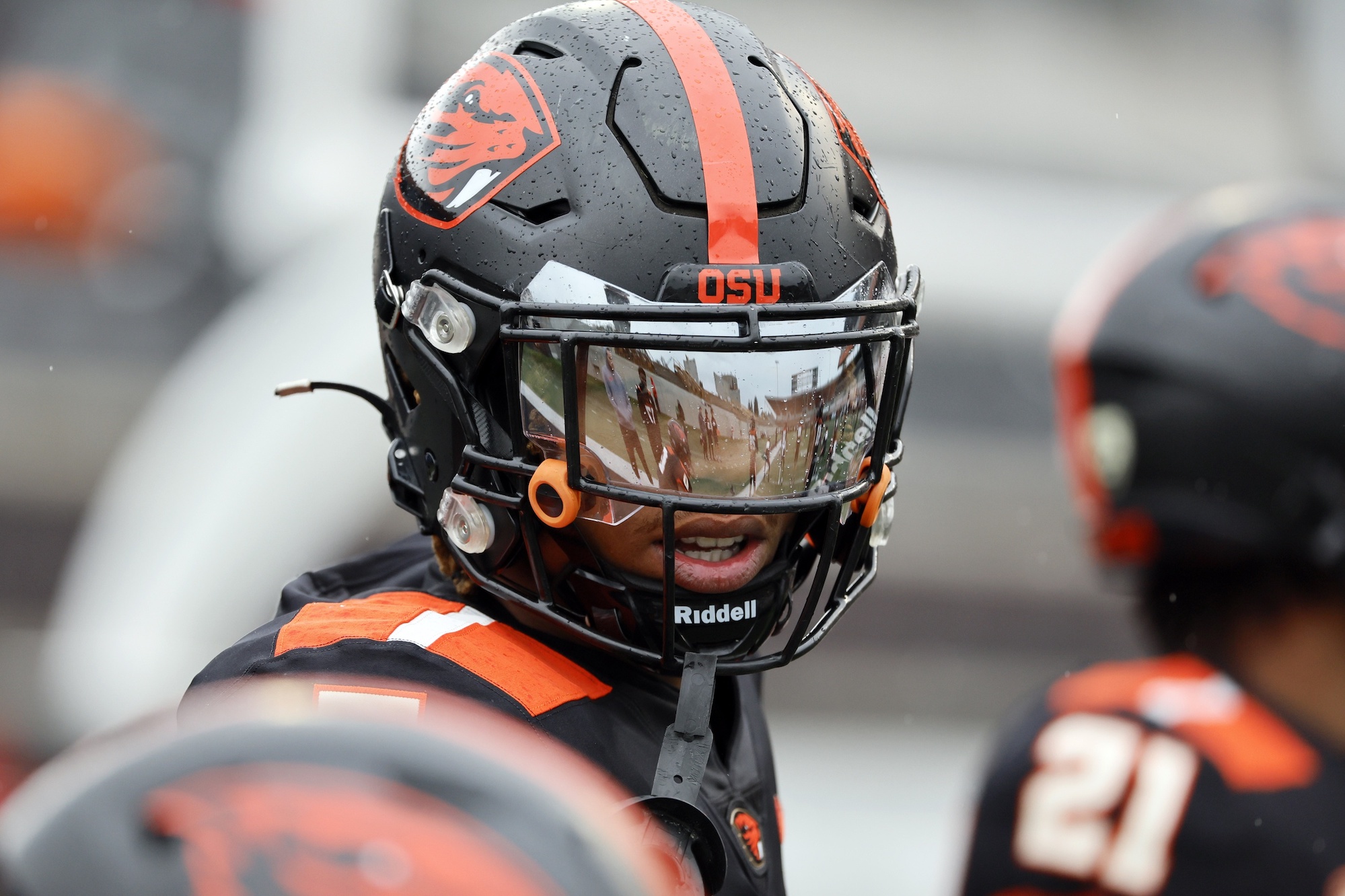 A redshirt sophomore that calls the pacific northwest home, Oregon State cornerback Alex Austin has become a name worth spotlighting as we approach the conclusion of the 2022 college football campaign. A long, physical athlete who isn’t afraid to take your lunch money and let you know about it on the perimeter, he’s got all the makings of the next young alpha to hear his name called come next April.

One of the nation’s elite man corners, what makes Austin so exciting as a prospect is his ability to dominate in man coverage. Facing USC’s Jordan Addison and Mario Williams, and Stanford’s Elijah Higgins, Austin has thrived in isolated scenarios against a few of college football’s most explosive perimeter weapons. And in today’s NFL, the need for aggressive, intelligent outside defenders sits at an all-time high as teams look to counter the pass-happy offenses of today’s game.

What’s more impressive about Austin is his ability to cover for four, five, and sometimes beyond the six-second threshold as Oregon State’s pass rush remains one of the more ineffective units in the nation with just 12.0 sacks in nine games (ninth-worst in FBS). It’s forced him to fine-tune the small details of his game.

“I love man coverage for the simple fact it shows how much I love to be physical at the line of scrimmage,” Austin said. “It showcases my passion to win… no matter what.”

While game tape reigns supreme for prospects as they look to prove themselves to scouts, Austin’s athletic profile and how he’ll test (should he declare) has opened eyes around the industry. A 6-foot-2 corner with the frame of an NFL boundary defender, scouts expect him to run in the “low 4.4s,” record a “34-inch plus in the vertical,” and have an explosive short-shuttle that showcases a player’s ability to change direction on a whim—a must to be successful on Sundays.

Expected to train with Yo Murphy in Tampa during the pre-draft process, working alongside both established veterans in the league and draft hopefuls like himself presents the competitive environment Austin has thrived within his entire life. And now, with the draft rapidly approaching as just three games remain on the schedule for the Beavers, a look inside the body of work Austin has showcased highlights one of the class’ most underrated perimeter stalwarts.

Here’s a glimpse at Austin’s knack for diagnosing offensive concepts. His ability to come off his man in the flat area of the defense to not just close, but break up the pass at the goal line is outstanding. Really, he’s doing the job of No. 21 who gets caught up in a pick route over the middle of the field. It happens quickly, and on a high-leverage down like 4th-and-goal, this was a game-changing play for the Oregon State defense and a flash of Austin’s quickness and calmness on a crucial down.

If you ask any wide receivers coach in the country, at any level, they’ll tell you that corners don’t want to tackle. At this level, it separates those who play on Sundays and those who don’t. Here, Austin’s play strength is evident plowing through the blocker to blow up the tunnel screen. He’s not the biggest or strongest defender in the world, but sticking your face in the mud at the line of scrimmage is an effort thing and this play highlights his ability to do the little things well.

Being able to tackle in space is often a learning curve many corners face moving from college ball to the bigs. While many position coaches teach their guys to grab a leg and hold on as more hats pursue to the football, the ability to take down guys in isolated scenarios is a big box that NFL general managers look to check. What stands out here, away from the tackle, is Austin’s communication in passing off the slant to the inside defender, only to stick his foot in the ground, get downhill, and blow up the ball carrier for a loss.

This is all about identifying routes, working through contact, and making plays on the football. Another instance where you see the ability of Austin to communicate on the back end before making a play of his own, football moves fast in the Pac-12, and the ability here for him to T-step and rise up to work through the hands of the receiver is textbook coverage on the boundary.

An athlete that has consistently improved from year to year, his eight pass deflections rank second in the Pac-12 and his two picks sit tied for third in the conference. With a forced fumble and pick-six also on his resume this fall, Austin has become a name to bold as we move toward the start of the pre-draft process.