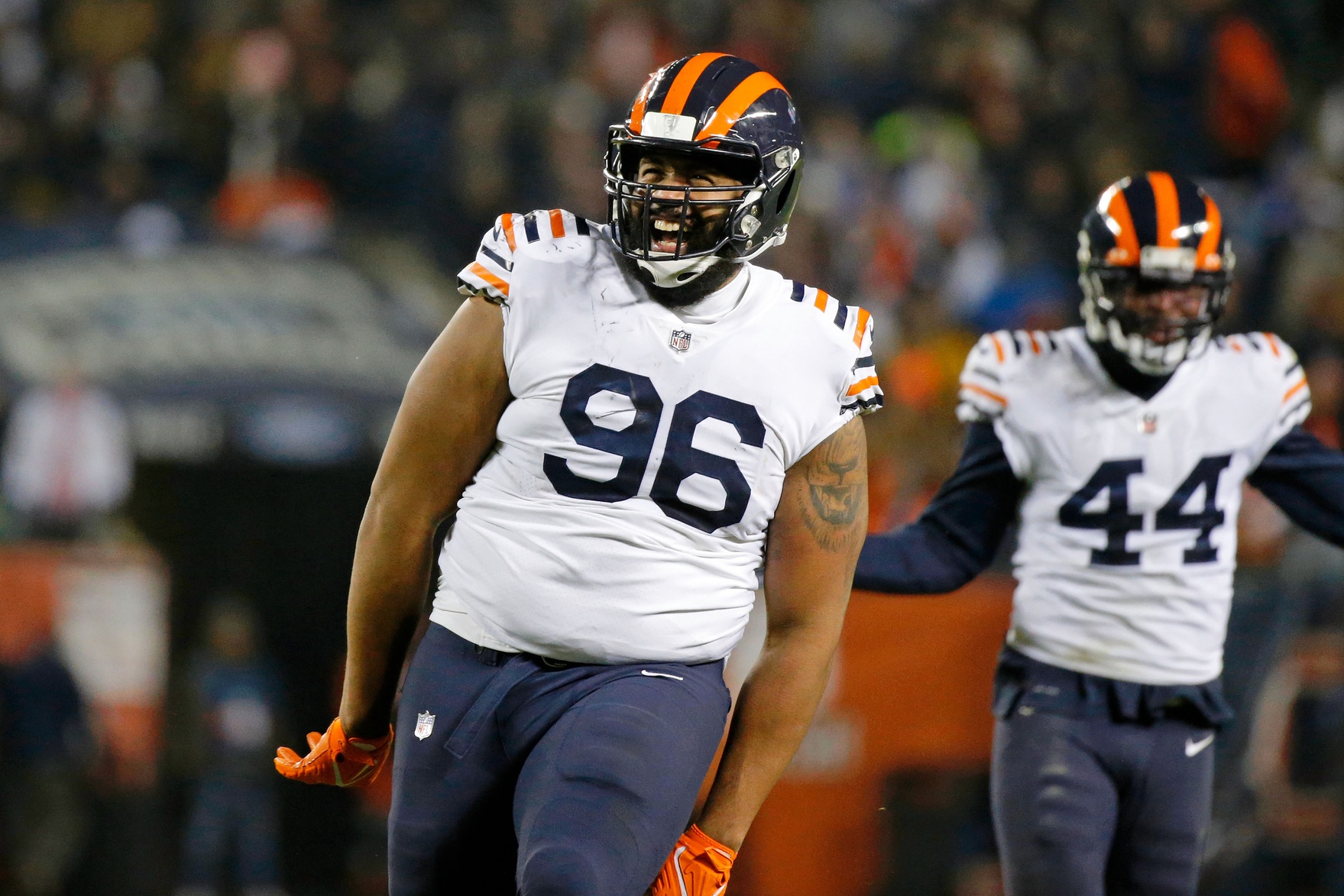 New Chicago Bears General Manager Ryan Poles is wasting no time in making his mark in the Windy City. He dropped a bomb on Thursday, trading away the Bears’ most high-profile (though maybe not most productive as of late) pass rusher in Khalil Mack, making a deal with the Los Angeles Chargers that returned just a 2022 second-round pick and a 2023 sixth-round pick.

I don’t think anyone is satisfied with that compensation package but that being said, it doesn’t make it a bad move. By offloading Mack’s contract, Chicago freed up an immediate $6 million in cap space this year (though they’ll have to eat more than $20 million in dead cap) and will be off the hook for almost $30 million in 2023. Given that the Bears had only five draft picks coming into the 2022 draft, they were in desperate need of capital too so they added one more pick this year to hold a decently respectable six picks.

They’re probably not done yet, either.

This is all to say that the likelihood they let defensive lineman Akiem Hicks walk in free agency is high. Like, really high.

In 2021, he played in just nine games for the Bears, recording 3.5 sacks for the second consecutive season and recorded just nine quarterback hits. As synonymous as Hicks has become with this Chicago defense after spending six years with the franchise, he’s now 32 and battled through multiple injuries this past season but is still good enough to command some significant money given his track record. It seems like Poles is skewing younger, diving headfirst into a (much-needed) rebuild and I just don’t see him investing in an aging veteran—no matter how much said veteran loves playing in Chicago.

Hicks hasn’t been shy about saying he wants to retire a Bear, but with a new GM and a new coaching staff in a what-have-you-done-for-me-lately league, the odds of Hicks not having to make another stop along his career journey are slim. Not to mention, with that coaching staff also comes a new scheme. The Bears will now switch back to a 4-3 base scheme from the previous 3-4 they had been running previously.

“Will we have elements and pieces of a 3-4? Sure, we’ll have that,” head coach Matt Eberflus said via the Bears’ website. “We’re going to adjust and move and be flexible. We’re going to look at the talent and the skill level of the players we have and we’re going to coach and develop those guys, and we’ll fit our scheme around those players.”

A calling card for an interior lineman in a 4-3 scheme is the ability to play the 3-technique. That’s not to say Hicks hasn’t done that. Base 3-4 defenses usually switch into a 4-3 front when in their nickel package and the Bears weren’t exempt from that. As a result, Hicks can and has operated out of that 3-tech spot. But with that aforementioned younger skew, it just seems like Chicago will elect to find a younger player used to that role for the future.

That being said, where can Hicks go where they’ll take care of him? After all, we only want the best for ‘Mufasa’—and if you know where that nickname comes from, you know where I’m going with this.

They already took Mack—why don’t they just take Hicks, too? The Chargers need help on their interior and the scheme will be very familiar for both former Bears given head coach Brandon Staley was the Bears’ linebackers coach back in 2017-2018. They run a similar 3-4 scheme, putting Hicks at that 3-4 end position, which is what seems natural for him.

The Chargers are likely losing Linval Joseph and left some improvement to be desired in the run game last season. They let up an average of 138.9 yards per game on the ground, ranking them at No. 29 in rushing defense league-wide. Los Angeles was effective in the pass rush solely because Joey Bosa posted 10.5 sacks in yet another Pro Bowl year for the outside linebacker. The Chargers averaged a 6.26% sack rate overall, which ranked 20th in the NFL last year.

Now add Mack on the other side of Bosa and Hicks on the interior to eat up blockers, leaving that tandem in more one-on-one situations, and AFC West quarterbacks have a PROBLEM. That defense alone would make the Chargers instant contenders, forget the rising star they have under center on the other side of the ball.

In the same vein of opening up one-on-one matchups for outside linebackers, think of what a solid interior could do for a guy like T.J. Watt. The Steelers have and have had Cam Heyward, but like Hicks, he’s 32 and can’t do it all himself anymore. The defense head coach Mike Tomlin runs in Pittsburgh would be an easy transition for Hicks, as well.

The Steelers are another team that could use some juice in defending the run given that they ranked dead last in rushing yards per game allowed last season with 146.1. That had to drive Tomlin absolutely insane. These 3-4 defensive fronts are supposed to thrive against the run and a guy like Hicks in his natural position in the middle at the 0 would help a great deal.

Hicks can also kick outside and be effective in those three-down fronts to aid in the pass rush as well. Put a guy like Watt off his shoulder and whatever opposing offensive linemen are on that side are going to have a tough go. The Steel City, like the Windy one, is supposed to be known for its physical defense—and Hicks could help re-establish that.

Plus, Pittsburgh has nearly $30 million in cap space, currently. Spotrac lists Hicks’ market value at around $5-7 million a year. That would be an easy addition for the Steelers from a contract standpoint.

Let me throw a little bit of a curveball at you. Contrary to what I just mentioned about the Steelers, the Buccaneers do not have a ton of cap room BUT if they can get Hicks for around $5 million a year, he would come cheaper than re-signing Ndamukong Suh. Hicks and Suh have similar skill sets and are both about the same age but Hicks is a bit of a bigger body. He wouldn’t need to anchor the front at the 0 because the Buccaneers already have Vita Vea for that.

Hicks could play the 3-4 end role in a scheme that stresses an interior rotation. That allows for maximum rest—especially if the Buccaneers see fit to add another defensive lineman in the draft. It was able to get the most out of Suh these past couple seasons. He posted back-to-back years of 6.0 sacks along with seven and nine tackles for loss, respectively. Suh had a sort of career resurgence under defensive coordinator Todd Bowles and defensive line coach Kacy Rodgers. Hicks could see a similar one should he be able to stay healthy. Plus, after playing so many years in Chicago, that warm weather doesn’t hurt, either. 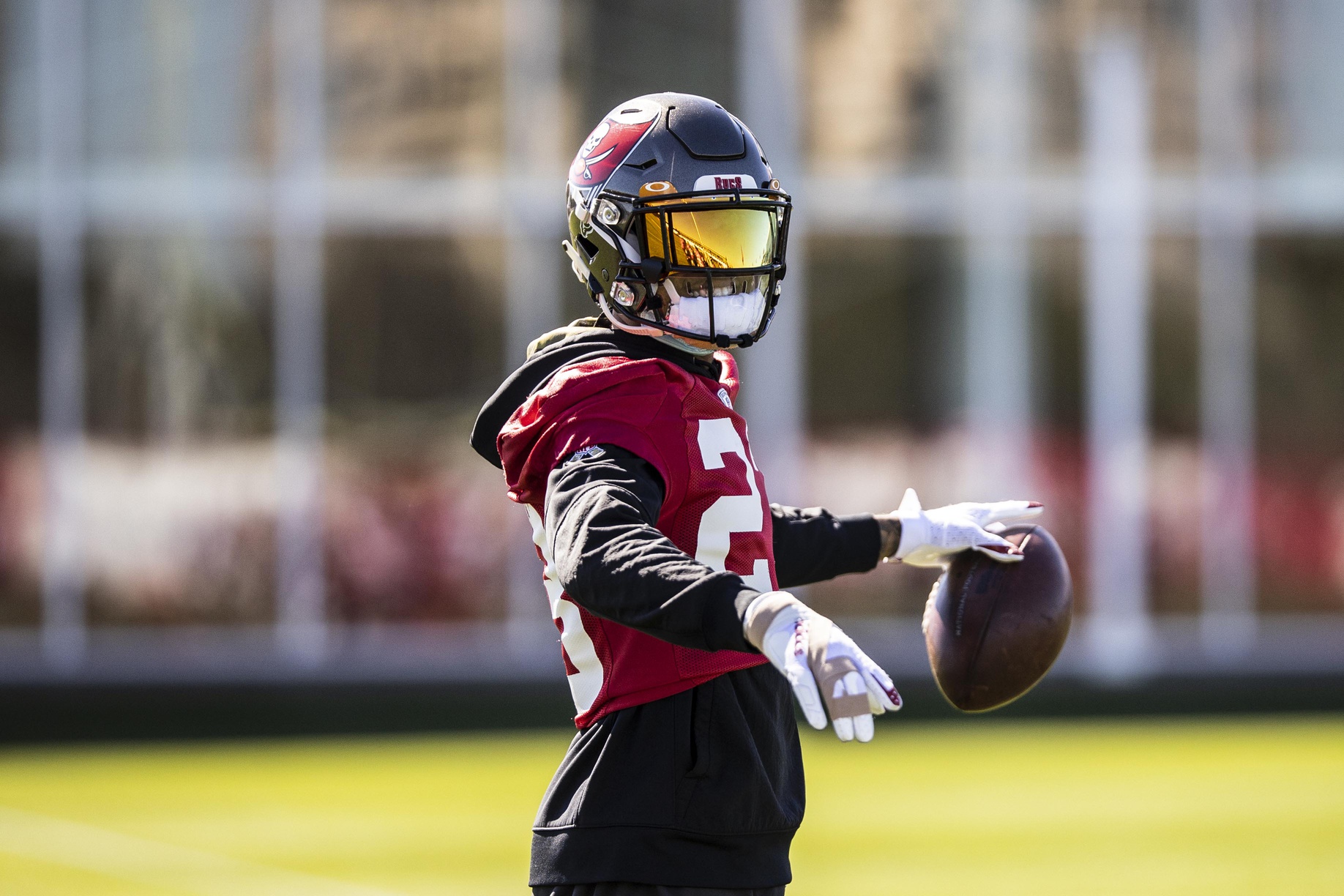 Buccaneers’ Secondary Has Grown Together; Re-Set Own Expectations