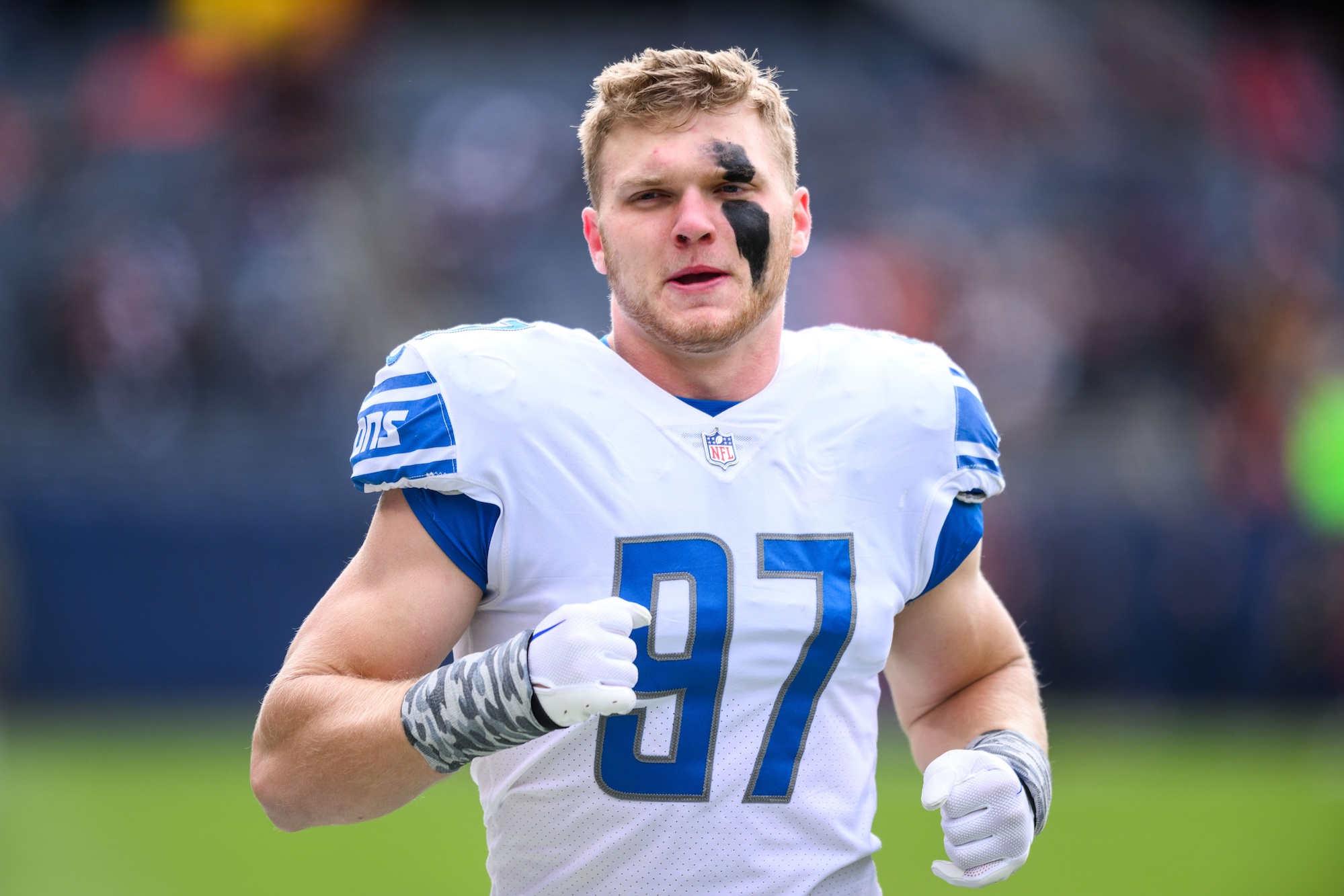 Throughout the first half of the season, Detroit Lions rookie edge rusher Aidan Hutchinson was not producing on a consistent, week-by-week basis. But over the last couple of weeks, Hutchinson has started to make an impact on a more steady basis.

Hutchinson started off hot when, in his second career game, he recorded three sacks in a half. In the three weeks that followed, he didn’t record a single sack or tackle for a loss before breaking out again for a sack and a half fresh out of the bye in a Week 7 matchup with the Dallas Cowboys. One week after that, Hutchinson had just one (assisted) tackle and one pressure against the Miami Dolphins. Once again, there was some feasting and some famine.

In the Lions’ last two games, Hutchinson has feasted, getting some excellent, consistent production against a couple of divisional opponents in the Green Bay Packers and Chicago Bears. Notably, that production over the last couple of weeks hasn’t necessarily come in the same forms, and both games ended in a Lions win.

Against the Packers last week, for instance, Hutchinson’s pass-rushing wasn’t the most significant part of his performance. He tallied just one pressure despite blitzing three times—two more than he’s ever had in a game in his career—and didn’t come up with a sack or a tackle for a loss in the game. What he did do was pick off Aaron Rodgers for the first interception of his life, dating all the way back to his time playing football in grade school.

The @Lions get another goal line stop! @aidanhutch97

That was an impressive interception too! On a big 4th-and-goal play from the Lions’ 2-yard line, Hutchinson was three and a half yards upfield before realizing the pass was going back toward his side of the field, intended for a lineman who was an eligible receiver. As soon as he saw Rodgers’ hands split to start making the throw, Hutchinson changed direction, breaking back toward the end zone before high-pointing the football and coming down with it in the end zone.

Whether or not it was intentional, the rookie’s decision to snag the interception instead of batting the ball down on fourth down was a really smart play that gave the Lions significantly better field position after a Packers red zone drive. Detroit’s subsequent drive may have ended in a punt, but Hutchinson’s first career pick definitely took the wind out of the sails of Rodgers and the Packers after their second red zone turnover in as many drives to start the game.

Hutchinson wasn’t done demoralizing his opponents after Week 9 though. His Week 10 game against the Bears featured the production in the more familiar “tackles for a loss” and “sacks” categories in some crucial moments for Detroit’s defense.

On a big, 2nd-and-goal play for the Bears from the 1-yard line, Chicago put the ball in the hands of lead running back David Montgomery. Despite the play call being to the opposite side of where Hutchinson lined up, the rookie made a phenomenal play on the ball, scraping across the line of scrimmage then wrapping up and tossing Montgomery backward for a huge tackle for a loss to force third down.

To reiterate, Hutchinson shot across the entire offensive formation to make a play before Montgomery could even get back to the line of scrimmage. The instincts and athletic ability it takes to make that play are unbelievable for anyone, let alone a rookie edge rusher on a goal-line stand. The Bears may have scored a play later thanks to the magician that is quarterback Justin Fields, but it doesn’t make Hutchinson’s play any less impressive.

Two quarters later, it was Hutchinson who all but sealed the Lions’ victory with a sack on Fields to force a 3rd-and-long with fewer than two minutes left in the game. He fought through a couple of blockers after initially getting stopped by the right tackle, then reached out and brought down Fields from behind as the quarterback tried to step up in the pocket.

As Fields proved throughout the course of the game, he’s a very hard man to bring down. Hutchinson’s competitive drive to not quit on the play and finish his tackle on a supremely elusive quarterback is what eventually allowed Detroit to walk away with their first road win in two years.

For two straight weeks and three of the last four, Hutchinson has made his presence felt in the Lions’ defensive front seven. Putting together consistent weeks of production is a great sign for the rookie and his development, and Detroit has to be happy about the progress of its potential defensive cornerstone over the course of this year. 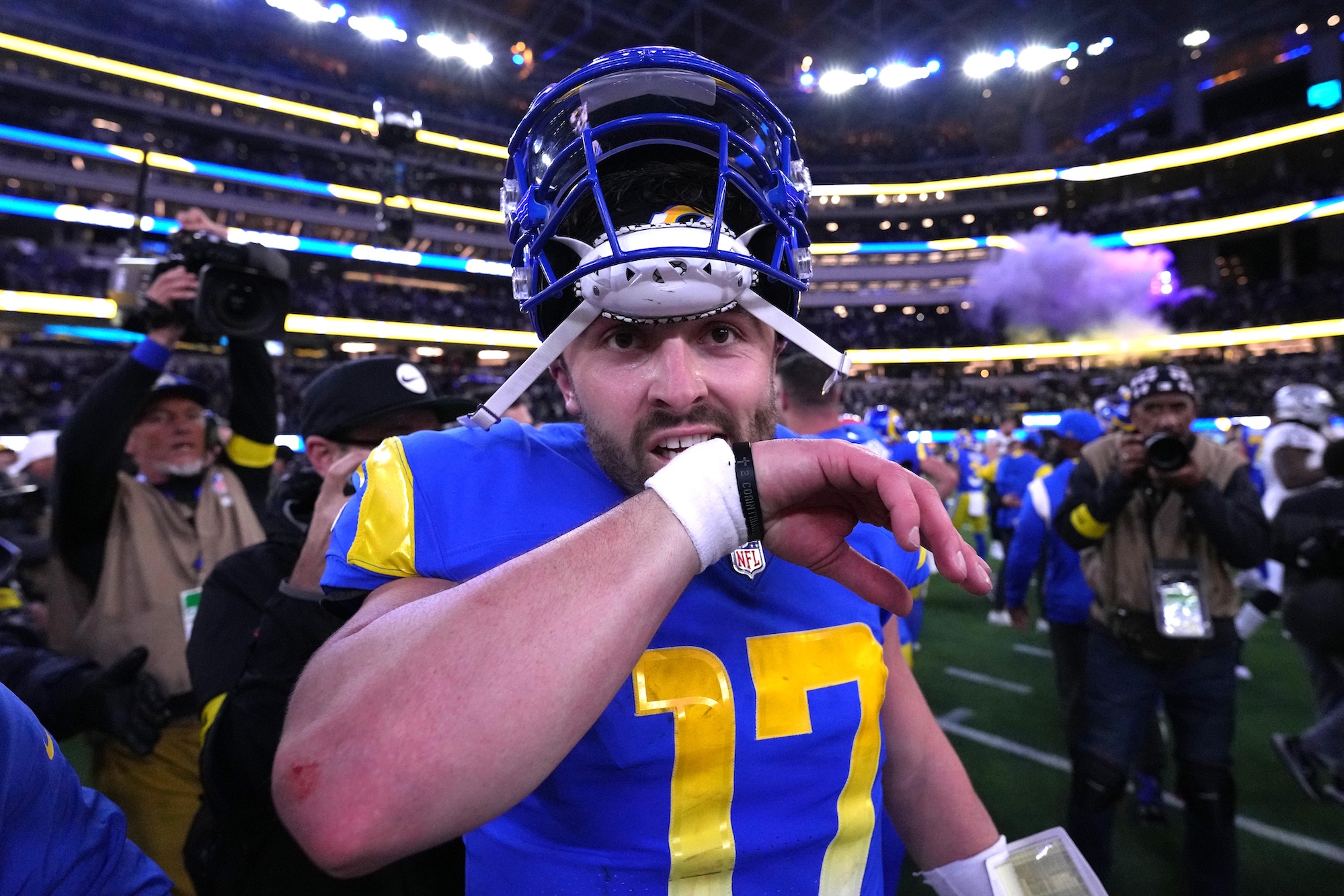