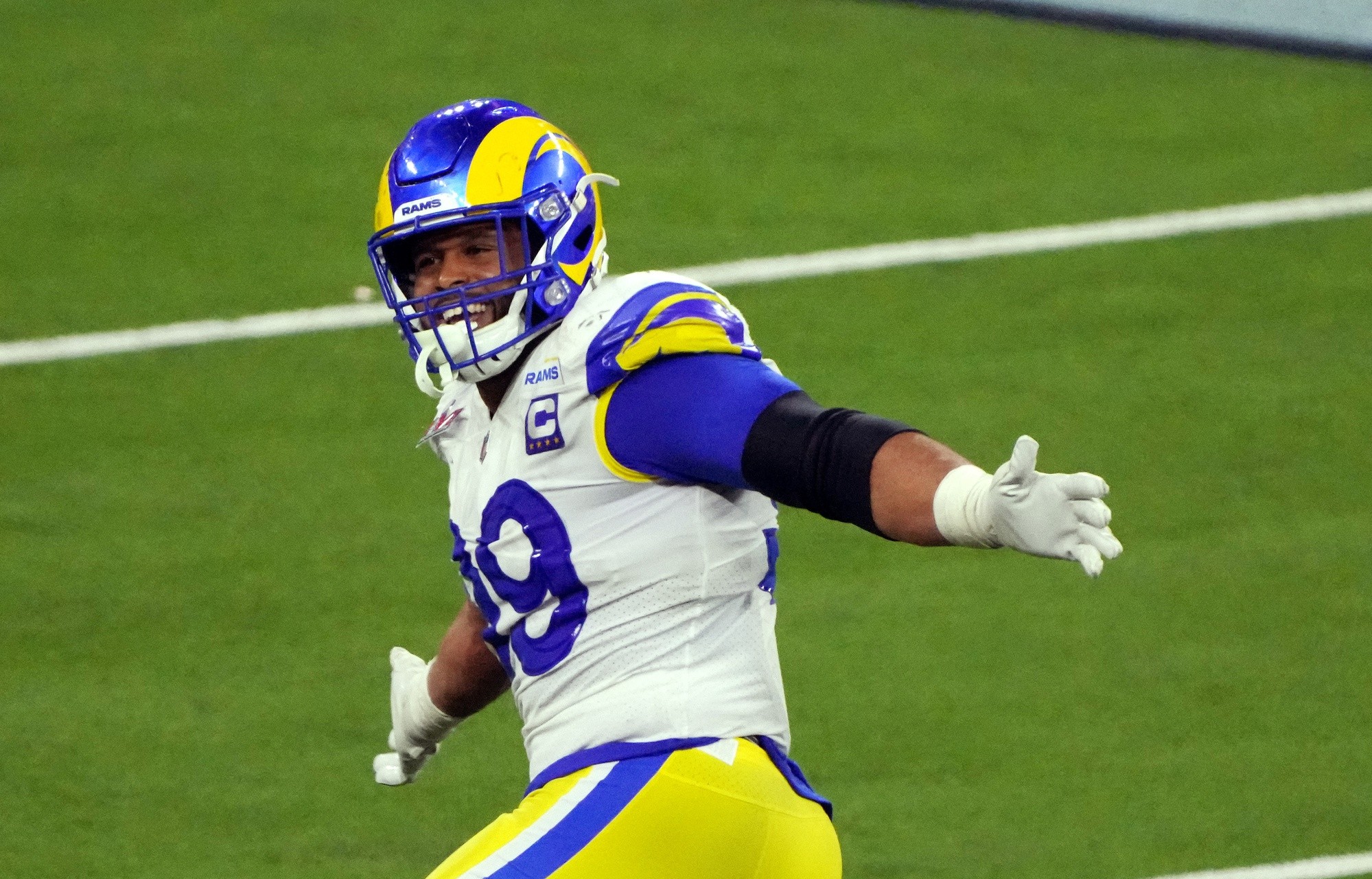 Aaron Donald Is What A ‘Generational Talent’ Is Supposed To Be

A term often coined to describe a player unique to the position unlike anything seen in the last few decades, the word ‘generational’ has only applied to a handful of talents since the turn of the millennium. A title too often given to a prospect either to garner a brighter spotlight or separate himself from the surrounding draft class because a player is exceptionally unique in some facet of the game, singling out an athlete as a once in every 50-60 year prospect requires a backing only a handful of professional talents have lived up to in the history football. In what was another legendary season from start to finish, Aaron Donald has become a part of that select few, and the newfound standard for expectations surrounding so-called “generational” athletes. A physically imposing defender since he entered the league in 2014, there hasn’t been a single player since Lawrence Taylor—arguably the greatest defensive stalwart of all time—to possess the game-changing ability Donald has. Looked upon as ‘undersized’ out of Pittsburgh, where his lack of vertical prowess and arm length was believed to limit his ability to push the pocket against offensive linemen blessed with an extended reach, with seven consecutive All-Pro selections, three Defensive Player of the Year awards, a 2010 All-Decade team honor, and a Super Bowl ring as the newest piece of regalia to his ever-growing armoire, his gold jacket is steamed and tailored—it just needs Donald to mold to. An athlete similar to the likes of Michael Jordan and Kobe Bryant in the NBA, or Wayne Gretzky in the NHL, while the game plan is no more than an attempt to say you did your due diligence to stop them, attempting to even limit Donald, or any of the aforementioned legends of their sport, comes with an overwhelming amount of frustration. It also gives a further appreciation for the play-to-play greatness shown from one of the best to ever do it. https://twitter.com/kobehighlight/status/1493246169232805894 While rumors swirled around Donald leading up to Super Bowl 56 that a potential win could usher in his retirement, now some 36 hours removed from the falling confetti at SoFi Stadium he has yet to offer any clarity into his future ideals. But at 30 years old without a hitch in his get-up and three years left on his massive $135M contract, it would be hard to imagine one of the game’s greatest to ever strap up would hang up his spikes early in arguably the prime of his career.  On the contrary, however, if it is the end, what a heck of a ride it’s been. An unstoppable force, his production has been nothing short of herculean, god-esque, and first-ballot Hall of Fame worthy. Double teams, triple teams, chop blocks, tight end help, blocking Aaron Donald has been an impossible task since he lined up nose to nose with Minnesota Vikings center John Sullivan on his first professional snap nearly eight years ago. Without a missed game since 2017, 104.0 sacks to his name (including playoffs), and a career, whenever he officially takes off his spikes for good, that will rival any defensive player as the greatest to ever do it, when it comes to the label of ‘generational’—which has become desensitized to the masses due to the need for clicks and viewership—I politely ask you take a step back and flip on No. 99’s tape before making any outlandish judgment calls. Although the league is a much better place with No. 99 lined up within the hashes, while a ring could see him depart the league for good, here’s to what’s been, and hopefully, much, much more to come. 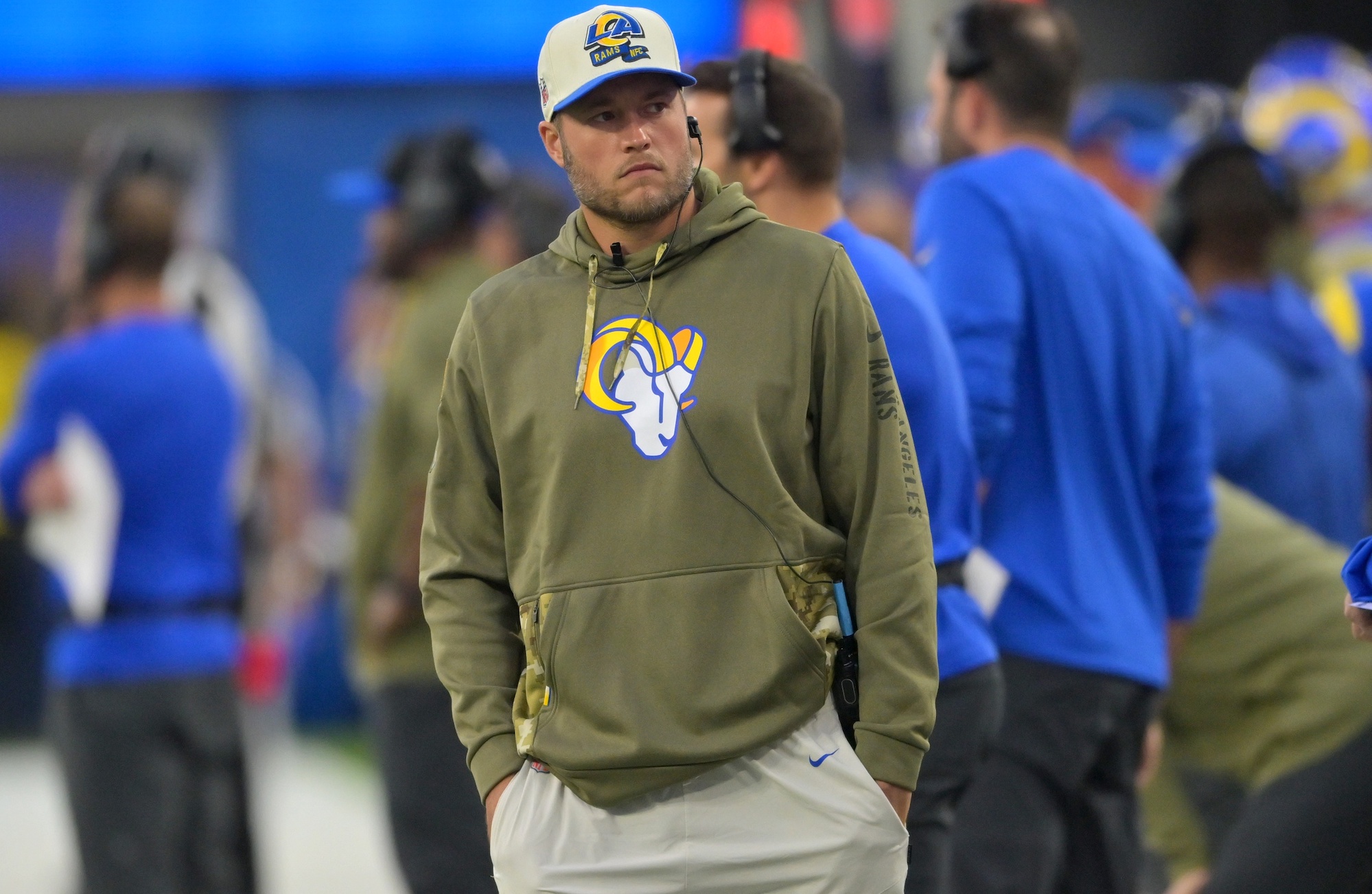 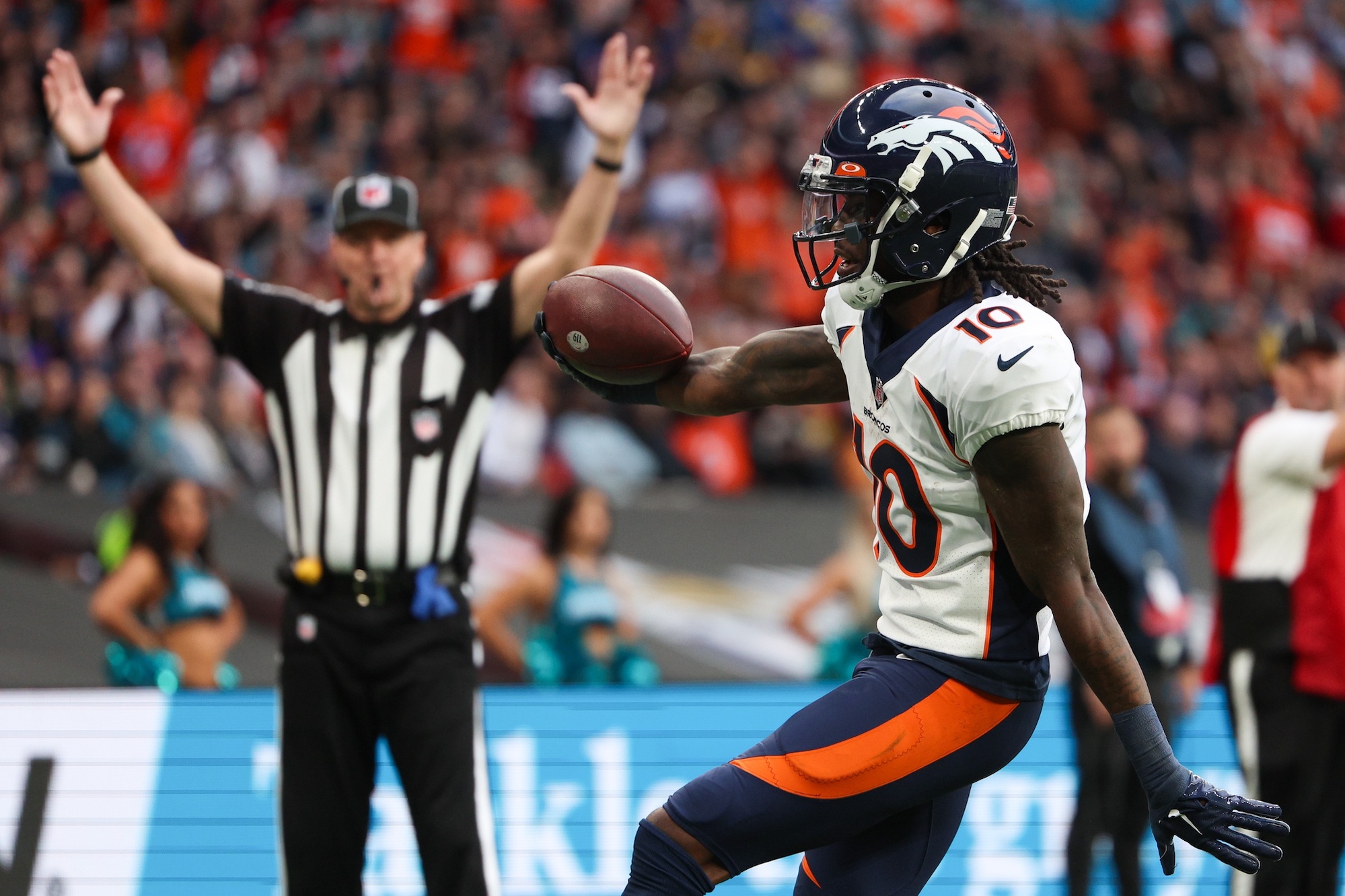