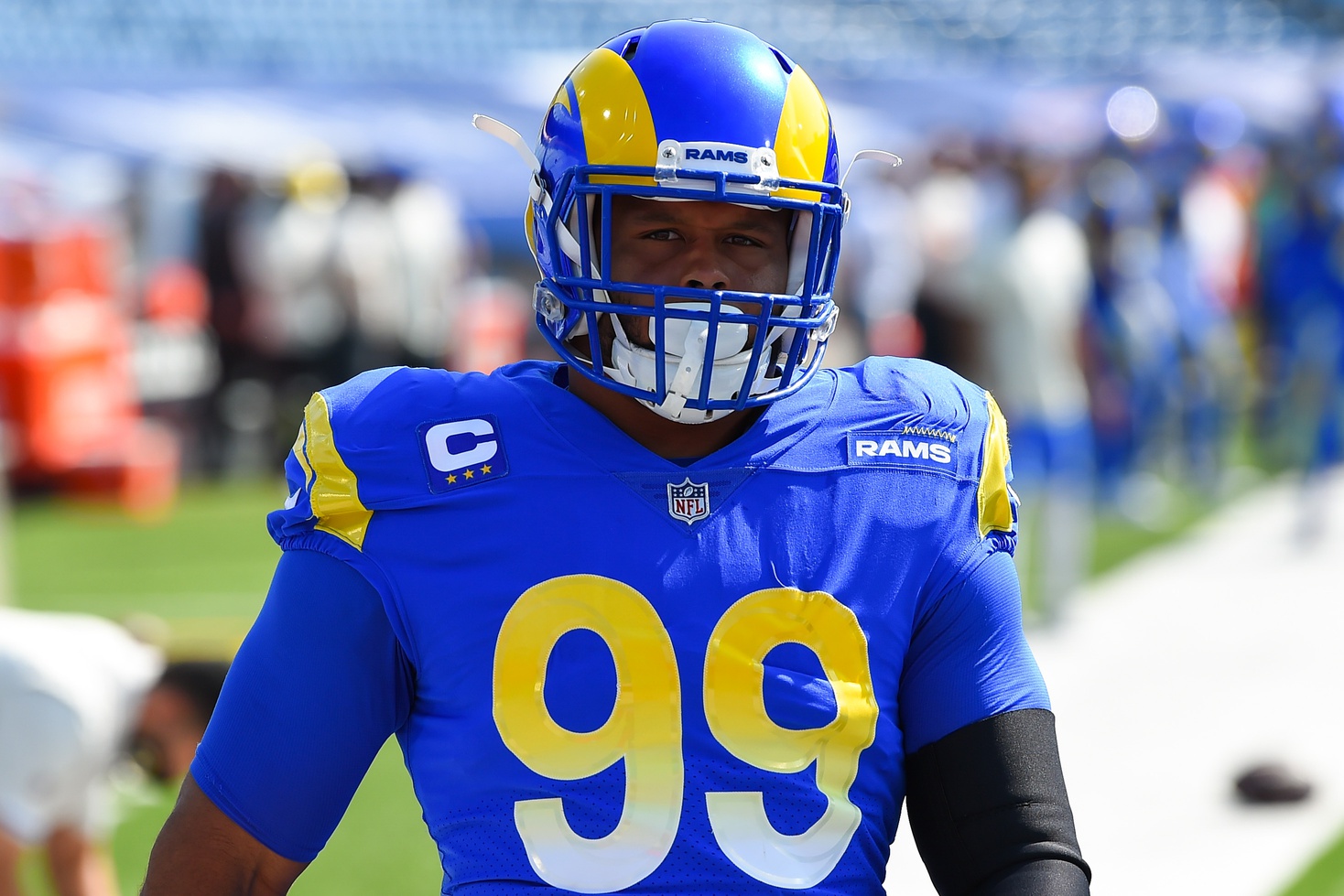 The Los Angeles Rams reached an agreement on a reworked contract with elite defensive tackle Aaron Donald on Monday afternoon. Rams General Manager Les Snead rewarded Donald with a revised three-year contract worth a staggering $95 million. It represents a significant raise (a $40 million raise over the last three years of his existing contract) that will make Donald the highest-paid non-quarterback in NFL history and the first non-quarterback to eclipse $30 million annually—surpassing T.J. Watt and the deal he recently signed that pays him roughly $28 million annually.

Donald has now historically become the highest-paid defensive player in NFL history on two separate occasions after previously signing a six-year, $135 million extension with $87 million in guarantees in 2018. It’s an accomplishment that appropriately sums up his legacy.

The new details include $65 million guaranteed throughout the first two years of the contract and is strategically structured in such a manner that Donald can either retire or return for the 2024 season for an additional $30 million guaranteed. A no-trade clause is also included. It’s a well-earned contract for a generational talent that’s undeniably worth every penny.

Donald was self-admittedly mulling retirement this offseason. During a recent podcast appearance on ‘I Am Athlete’, Donald sat down with former NFL great and host Brandon Marshall and admitted to potentially being “at peace” without football. Donald’s return for the 2022 campaign was seemingly contingent on getting a new contract that paid him fair market value. Donald has now received that deal.

The Rams were already viewed as a legitimate threat to capture back-to-back Super Bowl titles and Donald’s confirmed return increases their chances of doing so. The Rams have experienced an abundance of change this offseason, but Snead has done an admirable job maintaining a competitive roster that should win 11-plus games while qualifying for the postseason in 2022. The offseason addition of wide receiver Allen Robinson has added a new dynamic to an offense that already threatened to score points in bunches. The Rams have lost some good players this offseason, to both free agency and retirement, but this roster remains as talented as any in the NFL. Veteran Pro Bowler Bobby Wagner has also breathed new life into the Rams’ linebacker corps.

A three-time NFL Defensive Player of the Year, Donald secured his first Super Bowl ring in February by leading his Rams to victory over the Cincinnati Bengals in Super Bowl LVI. Donald was electric throughout that contest, recording two sacks and three quarterback hits on Bengals quarterback Joe Burrow. Donald made the crucial game-changing play by recording a pressure on 4th-and-1 with less than a minute remaining that resulted in an incompletion and turnover on downs.

Arguably the greatest defensive player of all time, Donald has totaled 104 sacks (playoffs included) in eight seasons. The Pittsburgh, Pennsylvania native has shown no signs of slowing down either. Donald recorded 12.5 sacks throughout the 2021 regular season and added an additional 3.5 quarterback takedowns throughout Los Angeles’ Super Bowl run. Donald has six seasons with at least 10 sacks—the second-most by a primary interior lineman since sacks became officially tracked in 1982—trailing only John Randle, who had nine such seasons. Donald could equal or surpass Randle’s record before his playing days come to a close. Donald has been selected to the Pro Bowl in each of his eight seasons and has been a first-time All-Pro selection seven times.

The Rams will remain in win-now mode as long as the likes of Donald and Matthew Stafford remain in the fold. Snead and head coach Sean McVay have clearly laid out their goals in regards to winning more Super Bowls. Ensuring that Donald remains a Ram for the remainder of his historic Canton-bound career keeps Los Angeles’ Super Bowl window firmly open for the foreseeable future.