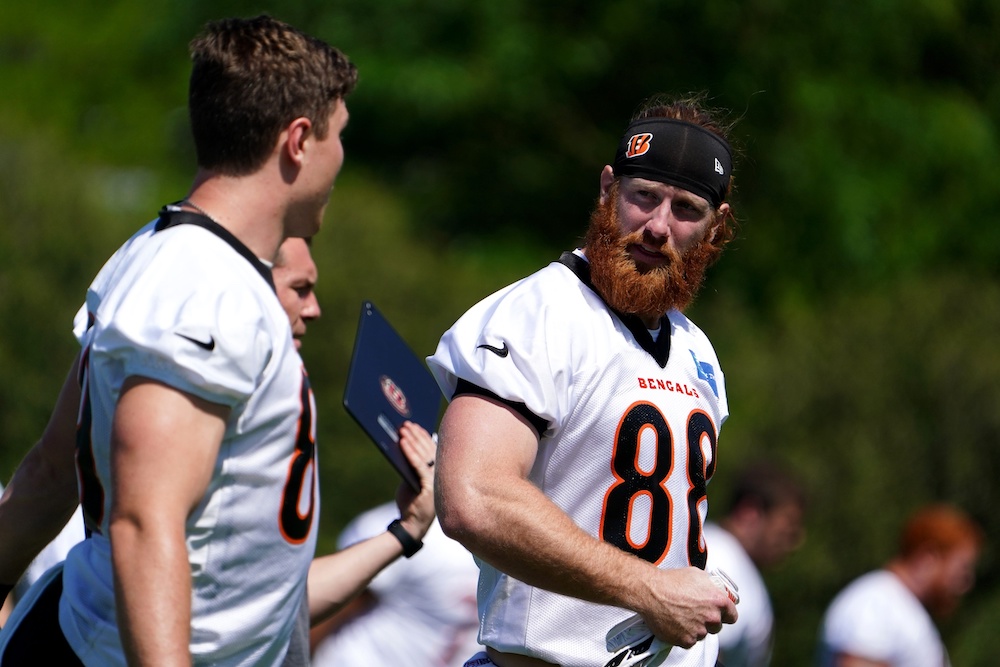 With teams across the league taking part in their mandatory minicamps this week and next, we have officially reached the point in the offseason where things really begin to die down. Once teams complete their minicamps, players and coaches will then take off for a month-long hiatus before returning to their facilities for the start of training camp in late July. This point in the offseason is a good time to sit back and reflect on all the free agent moves and signings that have taken place since the start of free agency.

Over the past four months it seems like there has been a massive new signing/trade/retirement that it gets hard to remember every specific move that was made. While some of the marquee moves might be easier to recall, it’s often the underrated moves that end up paying big dividends come the regular season.

Below are five offseason transactions of free agents that you may have forgotten about but will undoubtedly play a major role this season.

The Falcons’ free agent signing of Casey Hayward is one of my favorite moves of this entire offseason. The team desperately needed a corner opposite star player A.J. Terrell and to be able to land a former Pro Bowler who still has plenty left in the take makes a ton of sense. Hayward is coming off a very good season with the Raiders in which he was the team’s top corner and would mostly shadow opposing teams’ number one receivers. With the Falcons, Hayward can slide in as the number two corner and not deal with the pressure, which is wise as he gets older. Another reason why I love this move is that from an intangible standpoint, Hayward is going to provide a ton of value. He will be able to teach and show Terrell things that will only help Terrell get even better. Only costing the team 11 million over two years, the Falcons knocked this one out of the park.

With wide receivers Chris Godwin and Mike Evans still in the fold is it fair that the Buccaneers were able to add a free agent like Russell Gage? Probably not, but here we are. Gage was outstanding for the Falcons in 2021, leading the team in every receiving category. He was able to cash in on his great 2021 campaign by signing a three-year deal worth $30 million. For the Bucs, Gage projects to step in as the team’s third receiver, replacing the troubled Antonio Brown. He will also be counted on heavily early in the season as Godwin works his way back from a torn ACL. Gage’s ability to separate, run after the catch, and attack the ball in the air will quickly make him one of quarterback Tom Brady’s favorite targets. I expect Gage to have a big season with Tampa Bay and live up to his lofty contract.

The Cincinnati Bengals already have an abundance of talent at the skill positions around quarterback Joe Burrow but there is nothing wrong with adding more. The signing of free agent tight end Hayden Hurst doesn’t get talked about enough. Hurst, a former first round pick back in 2018, is an athletic tight end who runs very good routes and knows how to get open. He has experienced some tough luckl in his recent stops with the Ravens and the Falcons, as he was surpassed by more talented options at the position but that’s not because Hurst isn’t a good player. It’s just that he was competing against great players in Mark Andrews and Kyle Pitts. With the Bengals, Hurst has a major opportunity to succeed as the Bengals have a big hole at tight end with the loss of C.J. Uzomah, who signed with the Jets in free agency. Uzomah enjoyed a breakout season in 2021, recording 49 catches for 493 yards and five touchdowns. I see no reason why Hurst can’t reach those numbers or even beat them.

New York entered the offseason with a massive need at corner and it’s safe to say with the additions of free agent D.J. Reed and Sauce Gardner in the draft that they have solved the position. While Gardner is the player Jets fans are most excited about, they also shouldn’t sleep on Reed. Reed signed a three-year deal worth $33 million dollars and will be counted on to be one of the Jets starting outside corners. Reed is undersized but extremely athletic and is tough as nails, while excelling in both man and off coverage and has outstanding ball skills. He should be able to hit the ground running as he already has familiarity with Head Coach Robert Saleh’s scheme. He was originally drafted by the 49ers back in 2018. Don’t be surprised if the duo of Gardner and Reed develops into one of the best young corner tandems in the league.

Another former first round tight end makes the list here with O.J. Howard signing with the Bills. Howard joins the Bills after a disappointing start to his career with the Tampa Bay Buccaneers. Howard is a very athletic tight end who runs good routes and is excellent with the ball in his hands. He’s great in the redzone and should be a weapon for quarterback Josh Allen when he is looking to put the ball in the endzone. Howard joins a tight end room that already has Dawson Knox and while Howard won’t start over Knox, I do foresee him having a big impact. Look for the Bills to run 12 personnel more frequently and create mismatches with their athletic tight end duo.