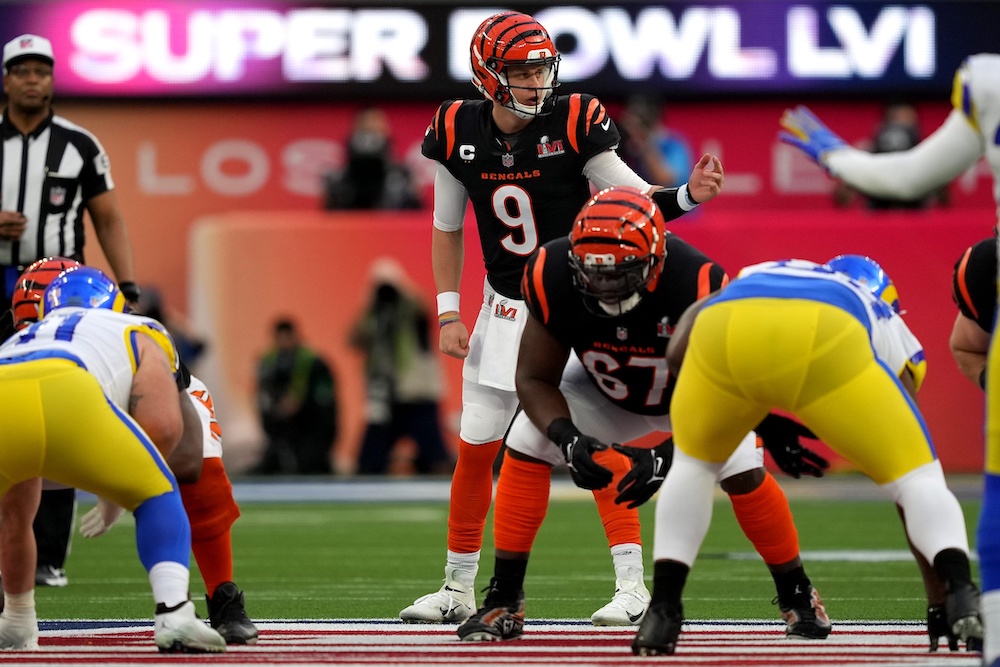 The NFL Network announced a slate of 22 preseason games they’ll carry live throughout August on Monday afternoon, including a rematch of Super Bowl LVI. The preseason is the first opportunity for viewers to get a chance to watch many of the league’s exciting rookies in a live-action contest for the first time.

NFL Network’s preseason schedule kicks off with eight Week 1 contests starting Thursday, August 11 at 7 p.m. ET with the New England Patriots hosting the New York Giants. With our eyes firmly pointed towards the action, we’ve identified five preseason contests that will be available live on the NFL Network that will capture our undivided attention.

Several intriguing rookies will take the field when the Detroit Lions travel to Atlanta to play the Falcons in Week 1. It’s our first look at Lions rookie pass rusher Aidan Hutchinson, who General Manager Brad Holmes picked with the No. 2 overall selection in the 2022 NFL Draft. Lions Rookie receiver Jameson Williams isn’t expected to take the field as he continues to recover from a torn ACL, but Hutchinson gives Lions fans plenty of reasons to watch their preseason matchups. For Atlanta, quarterback Desmond Ridder and wide receiver Drake London spearhead the list of exciting preseason Week 1 debutants.

The Pittsburgh Steelers essentially replaced the retired Ben Roethlisberger by drafting quarterback Kenny Pickett with a first-round selection in April’s draft. Pickett is expected to begin the regular season as a backup to bridge quarterback Mitchell Trubisky, but it’s worth noting Trubisky could be on a short leash with Pickett waiting in the wings. A strong preseason showing by Pickett could place an increased amount of pressure on Pittsburgh’s coaching staff to get their young signal-caller ready to take the reins and their Week 1 home game against the Seattle Seahawks will be Pickett’s first big-time opportunity to impress Pittsburgh’s brass.

Of all the destinations the 2022 class of rookie quarterbacks landed in, no pairing may be more intriguing than Malik Willis and the Tennessee Titans. Willis isn’t expected to earn a legitimate opportunity to dethrone a healthy Ryan Tannehill as Tennessee’s starting quarterback in 2022, but Tannehill has much to prove this season while some are already crowning Willis as Tennessee’s starter in 2023. Tannehill isn’t expected to play much in the preseason, which should give Willis plenty of first-time opportunities under the bright lights of an NFL game. A strong showing against a Super Bowl contending Tampa Bay Buccaneers squad would only elevate the hype that’s already surrounding Willis in Nashville.

The Los Angeles Rams and Cincinnati Bengals met in Super Bowl LVI, with the Rams reigning victorious as three-point victors. A rematch will take place in Week 3 and although this game surely won’t match the intensity that only a Super Bowl can provide, it does represent an excellent opportunity for these two Super Bowl contenders to continue getting familiar with one another. They’ll forever be tied together after meeting in last year’s Super Bowl. Bengals Head Coach Zac Taylor and Rams Head Coach Sean McVay are also awfully familiar with one another given that Taylor previously served as McVay’s quarterbacks coach in Los Angeles.

It’s a shame that the battle for East Rutherford and MetLife Stadium only occurs once every four seasons given the league’s scheduling practices between AFC and NFC opponents. It makes a preseason contest between the New York Giants and New York Jets that much more special. These two tortured fanbases haven’t had much to cheer for in recent seasons, but we expect a preseason meeting between the two to garner plenty of attention from local media. Furthermore, several exciting rookies should take the field. These two franchises combined to make a staggering five first-round selections in April. Kayvon Thibodeaux and Evan Neal are expected to step into immediate starting roles. For the Jets, Ahmad ‘Sauce’ Gardner, Jermaine Johnson II and Garrett Wilson should all play a ton of snaps in the preseason. Second-round running back Breece Hall is a potential Offensive Rookie of the Year candidate. The storylines here are endless.