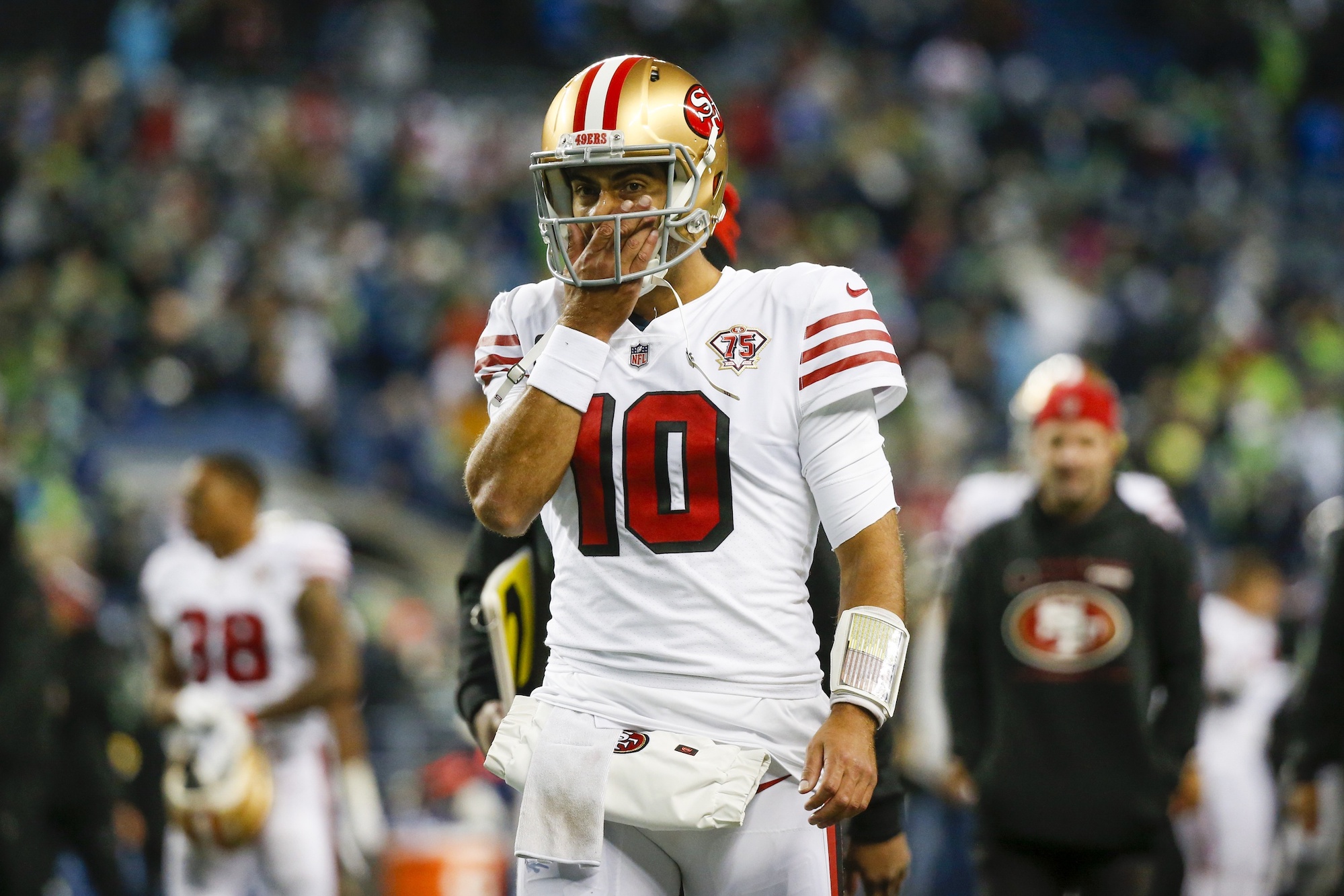 How Did 49ers Mess Up Jimmy Garoppolo Situation This Badly?

In a shocking twist of events, the San Francisco 49ers and quarterback Jimmy Garoppolo finalized a new contract on Monday evening that will keep him in San Francisco this season, according to reports. The restructured contract lowered Garoppolo’s base salary to $6.5 million fully guaranteed (with a $500,000 roster bonus add-on) while giving him a chance to earn an additional $10 million (approximately) via incentives. It makes Garoppolo the highest-paid backup quarterback in the league.

The reworked deal includes a no-trade clause and a no-tag clause, so he cannot be retained via the franchise tag next offseason. It represents a gigantic mess for all parties involved in all honesty, but particularly the 49ers, who botched this entire situation.

The 49ers furiously attempted to trade Garoppolo this offseason. It was the worst-kept secret in football. Garoppolo and his representation were previously granted permission to pursue trade opportunities. The Seahawks and Browns felt like distant possibilities at one point. A legitimate suitor ultimately never materialized and 49ers general manager John Lynch is now stuck holding the bag.

The timing of the contract announcement isn’t a coincidence. The 49ers had to do *something* with Garoppolo prior to Tuesday’s mid-day 53-man roster cut-down deadline. Releasing a quarterback of Garoppolo’s caliber was ultimately too difficult for the 49ers to stomach. Amending his contract does extend the window for the 49ers to trade Garoppolo in-season (if Garoppolo approves). Perhaps a team will get desperate after suffering an injury at quarterback. Could this be salvaged? It’s unlikely but remains a possibility.

There are several reasons why the 49ers remain tangled in this mess. Everybody knew they were naming Trey Lance their starter moving forward. You don’t trade the type of capital they did (four picks—including 2022 and 2023 first-rounders) in order to draft Lance and not make him your starting quarterback. That, paired with Garoppolo’s sizable contract, harmed his trade market. It’s also worth acknowledging that offseason shoulder surgery to repair a torn labrum in his right throwing shoulder further cooled Garoppolo’s market and the 49ers had no control over that outcome. Garoppolo is now healthy after passing his physical. San Francisco still deserves criticism for its failure to thus far receive something fairly notable in exchange for Garoppolo’s services.

We hope San Francisco weighed the potential impact this decision has on Lance, but we’re not convinced they appreciate the calamity involved with retaining Garoppolo. The 49ers will be clear and direct with their intention to move forward with Lance. But what happens if Lance struggles?

There will be growing pains given Lance remains a raw product as a first-time starter. The 49ers won’t manage to avoid the chatter of potentially inserting Garoppolo, who has led them to two NFC Championship appearances, into the lineup. What if Lance suffers a multi-week injury and Garoppolo performs admirably in his place? Lance is an athletic quarterback that puts his body at risk. The optics involved could get ugly.

A divided locker room is a possibility. Lance will need to showcase terrific mental toughness to block out the noise that’s inevitably going to arrive at some point. The 49ers are playing a dangerous game with the psyche of their franchise quarterback.

Lance is the 49ers’ starting quarterback, but are Lynch and head coach Kyle Shanahan hedging their bet on Lance by retaining Garoppolo? The bold trade-up to acquire Lance should leave no room for doubt at quarterback. The appropriate way for the franchise to move on from Garoppolo and hand the reins to Lance is to, you know, actually do it.

The 49ers overplayed their hand when afforded an opportunity to initially trade Garoppolo. The quarterback market dried up and the 49ers forfeited their leverage as a result. And now a situation that should have already reached its end remains clumsy, fluid, and ongoing. 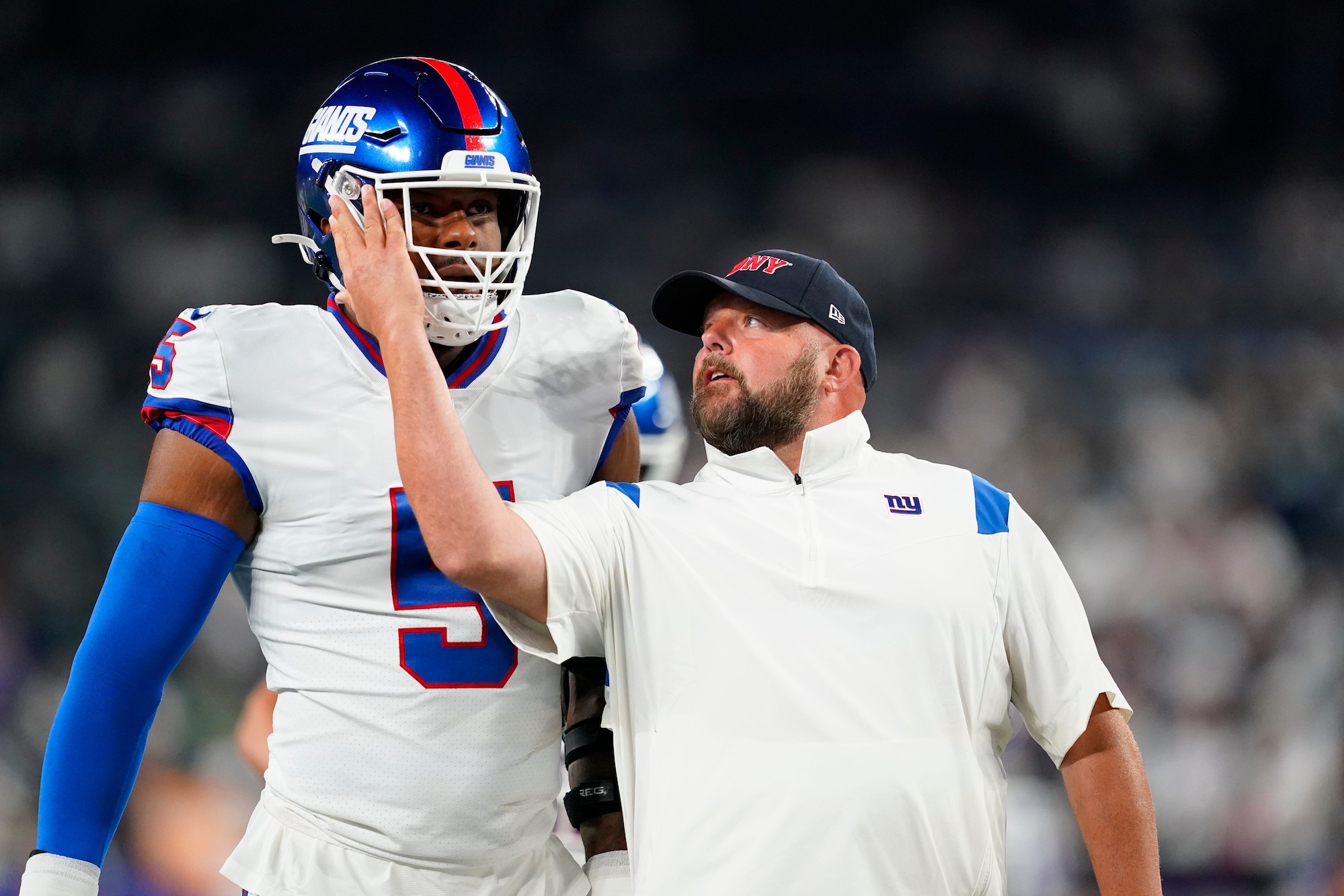