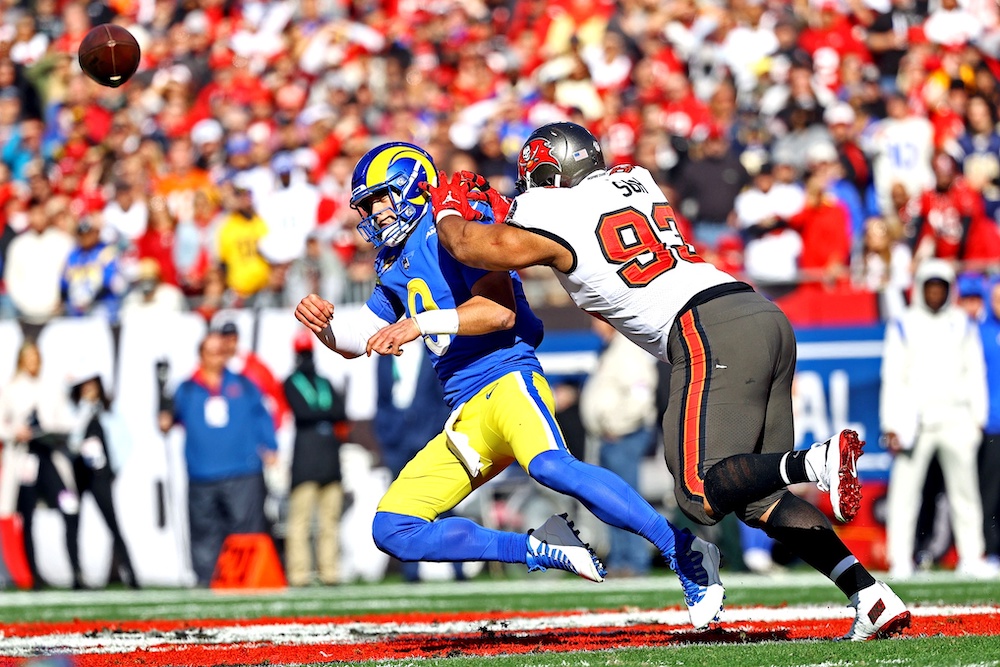 The Tampa Bay Buccaneers unofficially ceased their attempts to re-sign unrestricted free agent Ndamukong Suh on Tuesday by filling his vacant spot with defensive lineman Akiem Hicks, who agreed to a one year contract worth up to $10 million.  Hicks is expected to fill Suh’s previous role across a fierce defensive line. It represents a new beginning for Suh, who must now search for an alternative destination.

The calendar has officially flipped to June, which means an abundance of NFL franchises will receive additional salary cap space via their post-June 1st release designations. It’s an occurrence that could quickly kickstart Suh’s market. We expect Suh’s situation to progress quickly now that the Bucs are seemingly out of the race. The Portland, Ore. native is expected to only consider playing for a contender and we’ve taken that into consideration while identifying three free-agent fits for Suh.

Raiders General Manager Dave Ziegler has been extremely aggressive this offseason as he attempts to close the gap between his Raiders and the Kansas City Chiefs in the new-look AFC West. Caserio acquired superstar wide receiver Davante Adams from the Green Bay Packers, and bolstered his defensive line by signing four-time Pro Bowl pass rusher Chandler Jones. Pairing Jones with Maxx Crosby gives the Raiders one of the more formidable pass-rushing duos across the league, but the interior of Vegas’ defensive line could use an upgrade, too.

As things currently stand, opposing offensive lines will feel comfortable diverting the majority of their attention to the edges of Vegas’ defense. Signing Suh would force a change in strategy while keeping offensive coordinators awake through the night. Current starter Bilal Nichols recorded a modest 3.0 sacks as a Chicago Bear last season and has never proven to be a consistent threat to opposing pockets. Pairing Jones and Crosby with Suh would provide the Raiders with an instant upgrade as they prepare to contend for a division title (and more) in 2022.

Few teams are entering the 2022 season with the weight of expectations on their shoulders like the Cleveland Browns. Browns General Manager Andrew Berry signaled his aggressive intentions this offseason by acquiring quarterback Deshaun Watson, and awarding him with a fully-guaranteed $230 million contract. It’s safe to assume the Browns faithful expect Watson to lead them deep into the postseason, barring a lengthy league-issued suspension. Berry has essentially pushed his chips into the middle of the table, and signing Suh would further enhance Cleveland’s chances of competing for meaningful titles in 2022. The Browns possess more than $31 million in cap space, via Spotrac.

Berry recently re-signed EDGE rusher Jadeveon Clowney. It represents a wise move that pairs Clowney with superstar pass rusher Myles Garrett for the second consecutive season. Clowney and Garrett combined for 25.0 sacks last season. It made them one of the league’s most productive pass-rushing duos throughout the 2021 season. The Browns are, however, expected to lose a pair of veteran defensive tackles in Malik McDowell and Malik Jackson. Neither player reached their full potential last season. Cleveland took a flier on former first-round bust Taven Bryan this offseason, but their interior depth is legitimately concerning. Bryan is joined by the unproven Jordan Elliott, who recorded 26 tackles and 0.5 sacks last season. Opposing offensive lines will focus on game planning for Clowney and Garrett. Adding Suh would change that.

As mentioned in the introduction, an aging Suh is only expected to consider playing for a legitimate contender in 2022. The Cincinnati Bengals are fresh off a Super Bowl appearance and would have an easy time selling Suh on their program and future direction. Bengals General Manager Duke Tobin has experienced a busy offseason, but still possesses roughly $15 million in cap space, via Spotrac. Tobin could put that money to good use by adding Suh.

Larry Ogunjobi was a productive member of the Bengals’ defensive line last season while recording 7.0 sacks. He remains an unrestricted free agent and isn’t expected back in Cincinnati for the 2022 season. Current interior starters B.J. Hill and D.J. Reader combined for a rather modest 7.5 sacks last season. Reader especially lacks the juice necessary to consistently rush the passer. Trey Hendrickson is a menace rushing off the edge. Suh would immediately upgrade Cincinnati’s pass-rushing efforts from the interior.