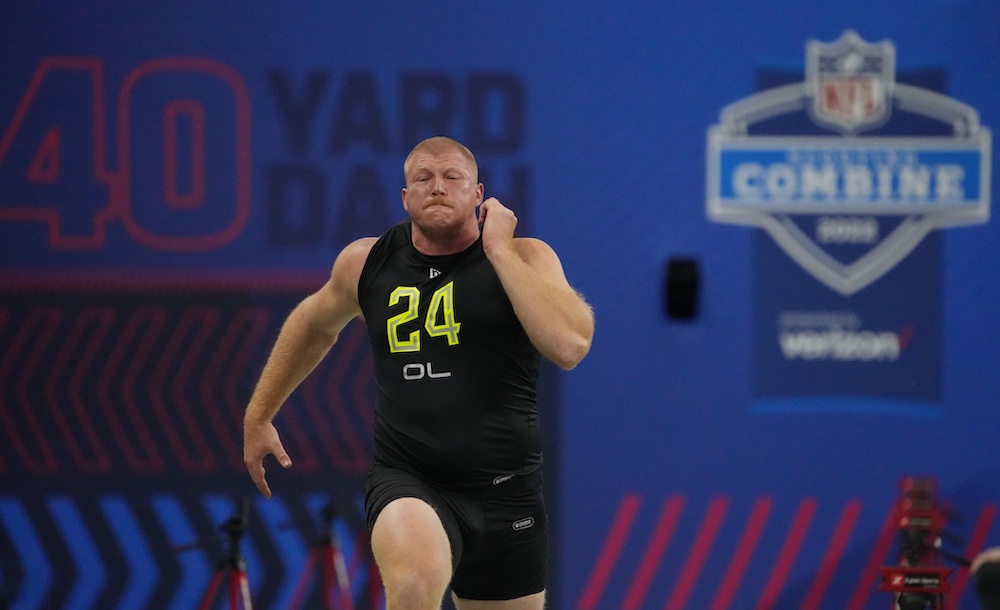 The 2022 NFL Draft is fast approaching and loaded with high-end prospects at several difference-making positions. Several offensive linemen, quarterbacks, wide receivers, cornerbacks and edge rushers are expected to fly off the board during the first round. This year’s draft promises to be especially unique given that eight NFL franchises do not currently have a first-round selection: the Chicago Bears, Denver Broncos, Cleveland Browns, Miami Dolphins, Indianapolis Colts, Las Vegas Raiders, San Francisco 49ers and Los Angeles Rams. For all 32 clubs, and for these eight especially, finding late-round talents and Day 3 sleepers is of critical importance.

Every year, Day 3 selections make an immediate impact for their rewarding club. In the 2021 NFL Draft, the likes of Rhamondre Stevenson, Amon-Ra St. Brown, Michael Carter and Evan McPherson are just a few shining examples of fourth-round-or-later selections that quickly made their presence felt at the professional ranks. The impending 2022 class possesses several talents capable of doing the same.

An incredibly athletic center prospect with arms longer than 33 inches and hands larger than 10, Nebraska’s Cam Jurgens dropped jaws at the NFL Scouting Combine by running the 40-yard dash in a blazing 4.92 seconds. The Beatrice, Neb. native later ran the three-cone drill in 7.19 seconds, a historic time among his position class. A 33.5-inch vertical further showcased Jurgens’ lower-body explosion. Jurgens is a tad undersized at 6-foot-3 and 303 pounds, but his overall athletic profile makes him an extremely intriguing interior offensive linemen, and makes him an ideal fit for the ever-popular outside zone running scheme that is preferred by the Green Bay Packers, Los Angeles Rams, Tennessee Titans and New York Jets, to name a few potential suitors.

Jurgens is a hard-nosed, tough-natured prospect that grew up on a family-owned farm in Nebraska. Jurgens now owns his own line of beef jerky, appropriately titled “Beef Jurgy.” That’s the most fitting fact I’ve heard from an offensive linemen in quite some time. Jurgens will likely get drafted in the fourth or fifth round and could represent excellent value for his drafting franchise.

Remember when Oregon’s Deommodore Lenoir was undervalued in the 2021 NFL Draft and the San Francisco 49ers received good value from him in the fifth round? I’m getting similar vibes from another Ducks secondary defender this year in Verone McKinley III. McKinley had an excellent 2021 campaign for the Ducks, having recorded a secondary-leading 77 total tackles and team-highs in interceptions (six) and pass breakups (also six). McKinley’s impressive ball skills were on display throughout a successful four-year career at Oregon and he now departs the program with 11 interceptions to his name.

On tape, McKinley has clearly developed high-level instincts that he appropriately utilizes to drive forward and make plays on the ball, while working under the watchful eye of some quality defensive coaches. McKinley didn’t blow viewers away with imposing size or eye-popping athletic ability, but his well-crafted and nuanced skill set simply screams quality football player going forward. McKinley is an extremely aggressive defender and a secure wrap-up tackler that possesses a great overall feel for the game of football. He’ll almost certainly outperform his draft slot.

The 2022 class of tight end prospects is extremely deep and yet Iowa State’s Charlie Kolar has seemingly managed to fly under the radar. The Norman, Okla. native strung together an outstanding four-year career for the Cyclones by compiling 168 total receptions for 2,181 receiving yards and 23 touchdowns. Kolar is a defined chain-mover that averaged 13 yards per reception and he saved the best for last by compiling career-highs in receptions (62) and yards (756) in 2021, while scoring six touchdowns in 12 appearances.

Kolar is a rare dual-threat tight end prospect that thrives both as an in-line blocker and as a receiver that can do damage through the heart of an opposing defense. Kolar’s imposing 6-foot-6, 252-pound frame provides his quarterback with a big and desirable target in the red zone. Kolar also has extremely large and reliable hands (10 inches), which he uses to naturally secure targets thrown his way. The fourth round may be the sweet spot for teams hoping to secure Kolar’s services, but we wouldn’t completely rule out a third-round selection.