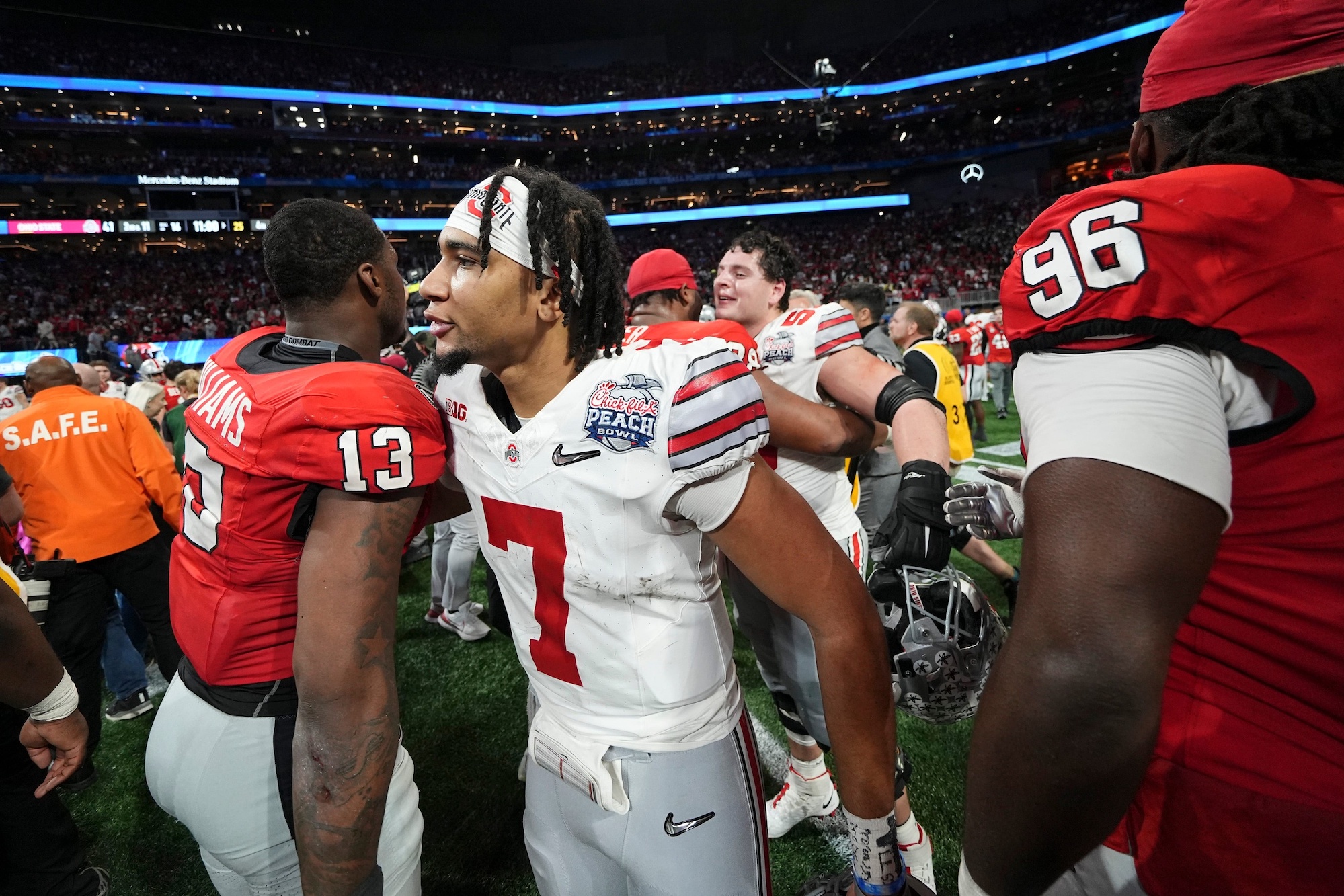 A day of college football that didn’t come to a close until the clock struck midnight on New Year’s Eve, the Sugar Bowl and ensuing College Football Playoff semifinal matchups lived up to its lofty expectations. While TCU and Georgia reigned supreme and will now prepare for the national title game a week from Monday, the play under center from the Bulldogs, Horned Frogs, Crimson Tide, and Buckeyes showcased four unique talents with differentiating 2023 NFL Draft stocks.

In a game that was expected to see Michigan dominate the line of scrimmage and run TCU out of the building, the Horned Frogs would just not go away, led by Duggan under center. A gritty type of ballplayer that won’t sway the needle for any NFL draft scouts that see his name come off the board early, he just flat-out gets the job done.

In one of the country’s best offenses, Duggan has, at times, willed TCU to wins. It hasn’t been perfect, and many believed the Horned Frogs didn’t deserve a spot in the CFP, but all Duggan does is keep his team in games, create with his legs when needed, and deliver the football with zip and confidence. A 225-yard two touchdown, two-pick performance won’t blow any box score scouts away, but the ways in which he consistently was able to move the sticks in whatever way possible showcased a player that can make plays when things go haywire.

He remains an early day-three NFL draft talent in the eyes of NFL evaluators that I’ve spoken with. But as someone that carries moxie under center with a high-level IQ, he could sway teams to take a chance a little earlier if they eye a kid that’ll challenge for snaps in camp.

One game won’t tell the full story, but Stroud was everything he was advertised to be against the Bulldogs’ defense. He was nothing short of spectacular, dissecting the secondary of a deep Georgia defense headlined by potential day-one perimeter stalwarts in Kelee Ringo and Christopher Smith. He was accurate, decisive, and showcased a mobility we’ve rarely seen when awarded clean pockets. All in all, he looked like a top-five NFL draft pick. Impressions last a long time, and Stroud showcased his elite skill set when it mattered most.

The top quarterback in the 2023 NFL Draft class, Young makes everything look easy under center. In what was his final time suiting up in a Crimson Tide uniform, he lit up Kansas State for a handful of touchdowns on a day that saw him complete 15 of his 21 passes for 321 yards. He’s always under control, rarely ever makes the wrong decision, and possesses the intangibles it takes to not only command an NFL locker room with his presence but lead by example with his play within the hashes. Keep your height concerns if you want, he’s a game-changer at the next level.

Winning football games in the SEC isn’t easy, yet all Bennett has done is lead an average-at-best Bulldogs offense to victory each Saturday. He won’t be for everyone at the next level, but we live in a day in age where Tyler Huntley, Mike White, Taylor Heinicke, and Davis Mills are starting football games. Bennett may not check off the boxes you look for in adding a franchise-altering talent, but he understands how to play the position, has now led Georgia to back-to-back National Championship appearances, and carries a swagger that locker rooms rally around.

Bennett won’t be highly sought after when the 2023 NFL Draft comes around, but if I’m a team in search of a guy that could start a handful of games for me in a pinch, Bennett could be the guy as an extremely mature prospect who has won on the biggest stage. In his last two games (SEC title game against LSU and CFP semifinals vs Ohio State), Bennett has completed 73.5% of his 63 passes, amassed 672 yards through the air (10.5 avg), and tossed seven touchdowns compared to one pick. Pretty good.