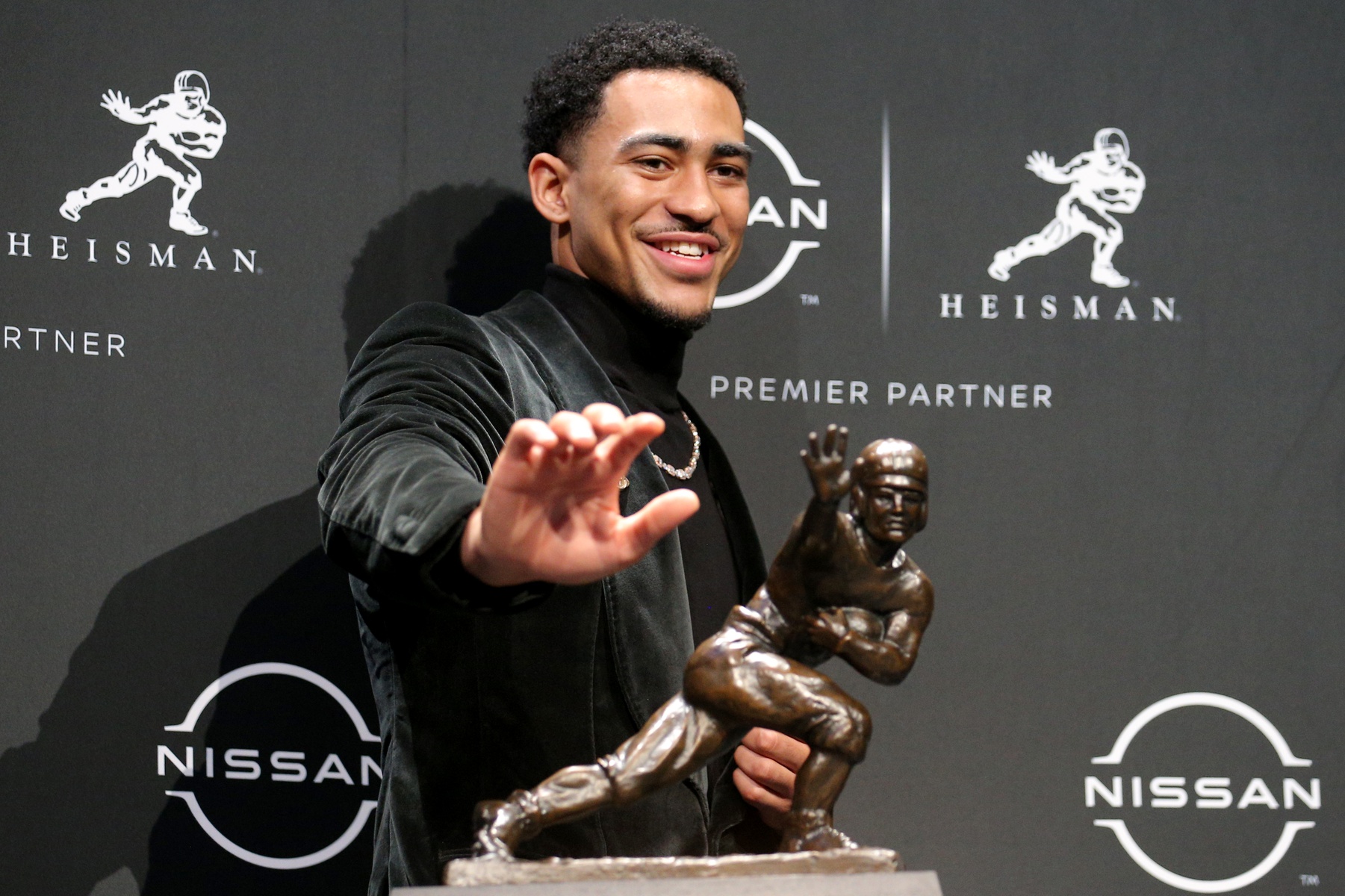 Every day is draft day at The Draft Network. The 2022 NFL Draft has reached its completion and our TDN team has begun taking a peek ahead to next year’s 2023 NFL Draft.

The 2022 draft featured a less-than-desirable class of quarterbacks, and Pittsburgh’s Kenny Pickett was the lone signal-caller to earn first-round bragging rights. The 2023 crop of quarterbacks appear much more promising on paper. Ohio State’s C.J. Stroud and Alabama’s Bryce Young spearhead a group of extremely promising signal-callers that are heading into a crucial college football campaign. Miami’s Tyler Van Dyke, Boston College’s Phil Jurkovec, and Kentucky’s Will Levis help round out a deep group of NFL-worthy quarterbacks that will factor into the 2023 NFL Draft discussion.

Today’s pass-happy, offense-driven league is dominated by signal-callers, and there’s an excellent chance a quarterback goes first overall. Should a team that already possesses a franchise quarterback own the top selection in 2023, there are expected to be plenty of EDGE rushers and offensive tackles also qualifying as worthy of the selection. An early look ahead to the 2023 NFL Draft reveals an extremely exciting and top-heavy group of difference makers.

With that said, the NFL futures prop betting landscape for the “2023 NFL Draft No. 1 overall selection” is officially starting to take shape. BetOnline doesn’t waste any time, and they’ve already updated the exciting odds. The top eight shakes out as follows:

It’s extremely difficult to bet against Stroud at this point in time. Should a quarterback-needy team such as the Detroit Lions, Houston Texans, Seattle Seahawks, Carolina Panthers, New York Giants, or Atlanta Falcons own the No. 1 overall selection in the 2023 NFL Draft, they will likely select a signal-caller given their current situations under center.

Stroud was absolutely electric during the 2021 college football season, which qualified as his freshman campaign. The Rancho Cucamonga, California native completed 71.9% of his passing attempts en route to amassing 4,435 passing yards and a staggering 44 touchdown passes and just six interceptions in 12 appearances as a Buckeye. Should Stroud be able to replicate that sort of production throughout Ohio State’s 2022 campaign, he’ll almost certainly cement his status as the impending No. 1 overall selection.

Stroud’s exciting and rare blend of size, athletic ability, pure arm talent, and overall intangibles will surely impress all 32 franchises throughout this upcoming draft cycle. It’s extremely difficult to pinpoint holes or warts in Stroud’s game at this juncture when closely analyzing the strong traits he’s already highlighted on tape. The ascending quarterback will almost certainly continue to get better from here on out. There’s no denying the smart money is currently on Stroud to become the No. 1 overall selection in the 2023 NFL Draft.

Witnessing the ensuing battle for QB1 between Stroud and Young is going to make for fascinating, must-watch television all season long. Young was absolutely electric as a first-year-starting signal-caller for the Crimson Tide in 2021 after backing up eventual first-round selection Mac Jones in 2020. The Pasadena, California native electrified by throwing for an astounding 4,872 yards and 47 touchdowns and just seven interceptions en route to capturing the ever-prestigious Heisman Trophy, making it two winners in a row from Alabama (DeVonta Smith). Those numbers were good enough to quickly allow Young to set Alabama’s single-season record for passing yards and touchdowns.

Young is expected to add to an already startling resume throughout the 2022 college football campaign as he continues to gain momentum as a potential No. 1 overall selection.

Young may lack the prototypical desired size for the position (he’s listed at 6-foot and 194 pounds on Alabama’s official website), but his overall makeup possesses rare arm talent and athletic ability in abundance. An absolute electric thrower of the football, Young effortlessly pushes the ball down the field with a simple yet effective flick of the wrist. Young is an intelligent signal-caller that’s extremely accurate. He’s developed well beyond his years. Young’s presence makes Alabama a strong favorite to recapture the National Championship in 2022.

Had Will Anderson been draft-eligible in the 2022 NFL Draft, there’s an excellent chance the Jacksonville Jaguars would have drafted him with the No. 1 overall selection ahead of the likes of Travon Walker, Aidan Hutchinson, and Kayvon Thibodeaux. The reigning Bronko Nagurski Trophy winner (awarded to the nation’s top defender), Anderson is a blue-chip prospect that is among the most exciting pass rushers to enter the NFL in recent years. Anderson’s astounding 17.5 sacks in 15 games in 2021 rank third on Alabama’s all-time single-season sack list. Anderson doesn’t even have to step on the field in 2022 to cement his status as a prospect in contention to become the No. 1 overall selection in the 2023 NFL Draft.

Should a franchise such as the Jaguars, New York Jets, or Chicago Bears own the No. 1 overall selection in 2023, Anderson is a no-brainer pick given their current quarterback situations. Even a team like the Texans or Falcons, who recently drafted promising quarterbacks of their own, would at least have to consider passing on Stroud and Young in favor of Anderson. He’s just that good.