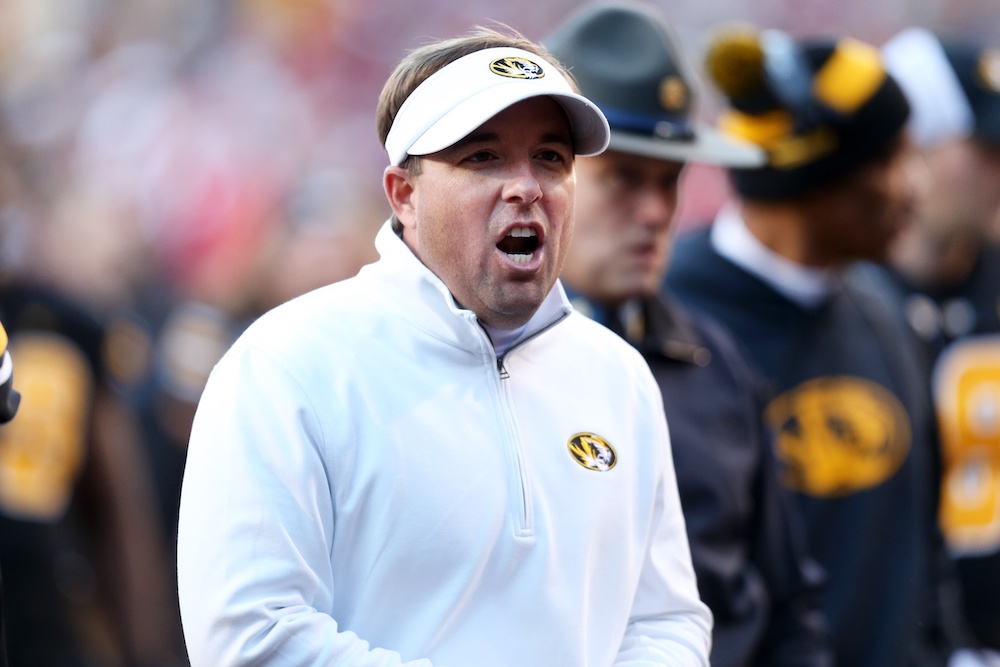 Every year we usher in a new group of college players turned professional through the NFL Draft. But before these players become household names, they must start at the beginning. Missouri wide receiver Luther Burden could be one of those names.

Some college players’ path to prominence begins as redshirts for a number of reasons. Others have the pleasure of beginning their careers from day one as freshmen. Those fresh faces that go on to become household names earlier, typically have phenomenal seasons early in their careers.

I call those ‘day one ballers’ or ‘freshman phenoms’. Inspecting this current freshman class, there are different options to consider. As Missouri’s top recruit, Burden is a name that jumps off the page.

Burden is a five-star recruit and was ranked as the No. 1 wide receiver in the country and player in the state of Illinois. Listed at 5-foot-11 and 210 pounds, he provides an NFL build as a true freshman with the possibility of a growth spurt. Burden chose Mizzou over Georgia, Oklahoma, Alabama, Penn State and Ohio State – just to name a few.

Burden is projected as the Tigers’ starting ‘X’ receiver. I expect Missouri Offensive Coordinator Jacob Peeler to deploy Burden in a multitude of ways. If you missed the spring game, Burden was aligned in multiple spots and was fed the ball with creative designs. He was placed in motion to create manufactured space pre-snap, a quick-screen option and traditional boundary receiver.

Burden showed the ability to make plays with the football in his hands. Creating opportunities for yards after the catch. His body control is evident as he rotated for a back shoulder fade. To add, Burden is explosive pre and post-catch. Give him the football and good things will follow.

Is it fair to have high expectations for the best wide receiver in the 2023 recruiting class? I don’t think so, especially with Burden’s skill set. I expect him to be the focal point of this Tigers’ offense resulting in a phenomenal freshman campaign.