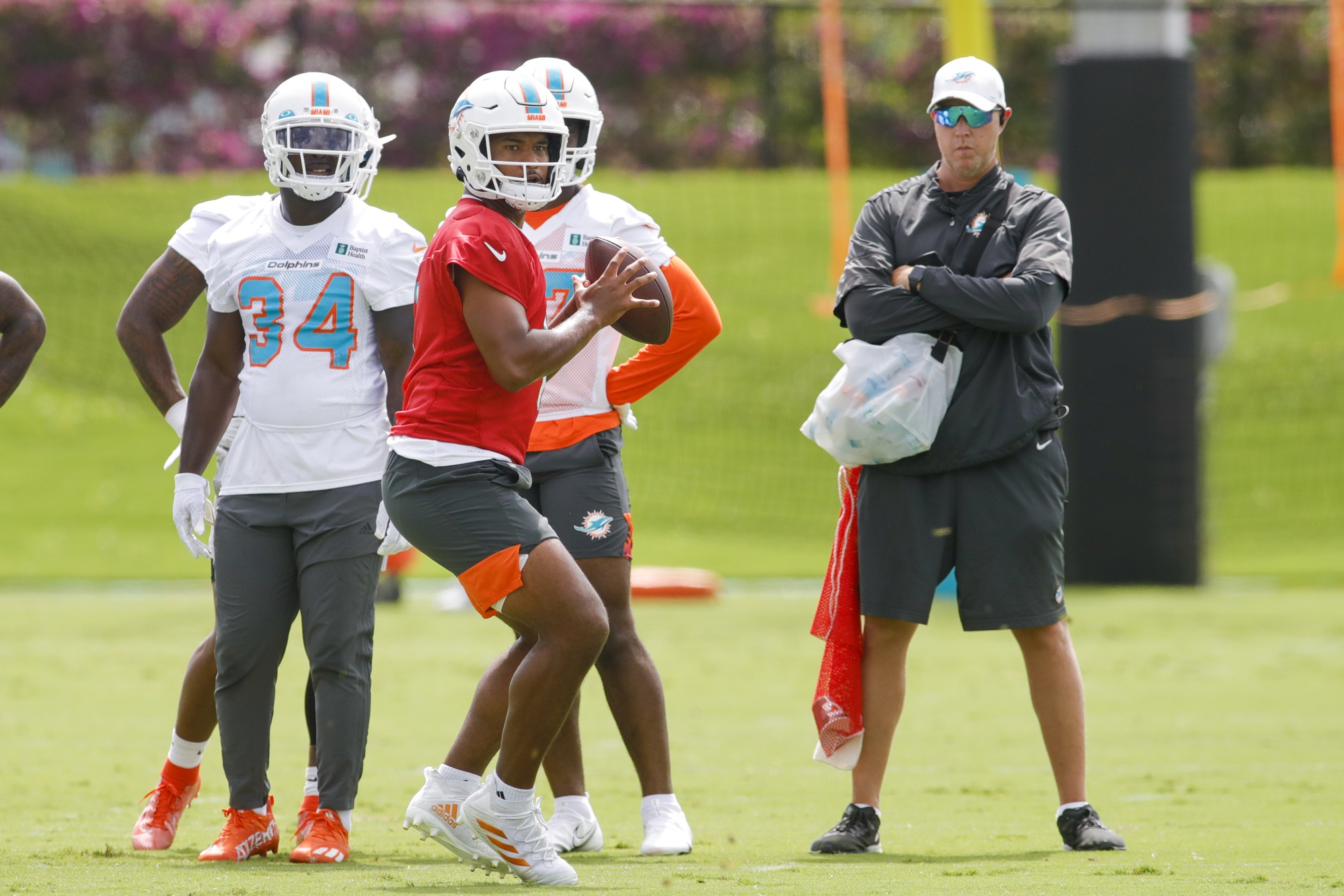 What Will Make 2022 Season a Success for Dolphins?

This coming season is shaping up to be a very important one for the Miami Dolphins. Given the major acquisitions they made in the offseason in addition to the arrival of new head coach (and offensive guru) Mike McDaniel, the Dolphins hope to end their five-year playoff drought. Optimism is high as Miami’s window to compete for a championship is just opening, and for this season to be successful, the Dolphins need to not only make the playoffs but avoid a swift exit.

There was already a lot of promise on a Dolphins roster that was close to being a playoff team in 2021 if not for a brutal stretch early in the season.

Last year’s first-round pick, receiver Jaylen Waddle, enjoyed plenty of success in his rookie year as he finished with over 1,000 yards and six touchdowns on 104 catches. In one year, he seemed to cement himself as Miami’s leading receiver. Tight end Mike Gesicki had another strong season as well in a contract year, finishing only behind Waddle on the Dolphins’ roster with his 73 catches and 780 yards.

On defense, cornerback Xavien Howard had another Pro Bowl season that featured five interceptions and 16 defended passes. The defensive unit also had big years from a couple of rookie stars: linebacker Jaelan Phillips and safety Jevon Holland. Miami also enjoyed the benefits of career years from defensive end Emmanuel Ogbah and defensive tackle Christian Wilkins as both their pass-rush and run-stop win rate finished among the NFL’s top 10.

Then the Dolphins made their team leagues better with some huge acquisitions in the offseason.

Offensive tackle Terron Armstead was one of the hottest names at any position this offseason after having established himself as one of the NFL’s best left tackles in nine pro seasons. The Dolphins signed him in late March to greatly enhance their offensive line. One day later, they pulled off one of the biggest trades of the offseason, acquiring elite receiver Tyreek Hill in a trade with the Chiefs before immediately locking him in on a four-year extension.

The offensive upgrades didn’t stop there either as Miami made moves to improve their running game with free agent running backs Raheem Mostert, Chase Edmonds and Sony Michel. Considering the Dolphins finished 30th in team rushing yards last year, boosting their run game was a clear need and the additions of these running backs and a Shanahan disciple as a head coach are moves that should reflect a step forward in that part of the offense.

Though there weren’t as many additions on the defensive side in free agency, the Dolphins drafted linebacker Channing Tindall and edge rusher Cameron Goode. That made their young defensive core even stronger around Howard, Phillips and Holland going into 2022 and beyond.

If that was all that was going on, the Dolphins would easily look to be in strong contention for not just a wild card spot but maybe even an AFC East title. However, we still have to address the elephant in the room that is quarterback Tua Tagovailoa.

Tagovailoa is the biggest question mark on the Dolphins’ roster for the 2022 season, and unfortunately for Miami, he also plays their most important position. A big part of the team’s offseason strategy was leaving their young quarterback with no excuses left to hide behind if he struggles this season.

Tagovailoa will have a stronger offensive line up front with Armstead and fellow free agent signing guard Connor Williams. He’ll have a better run game to take some pressure off of him in the passing game with three new running backs and a new head coach that excelled in creating a run-heavy offense in San Francisco. Last but not least, Tagovailoa will get to not only build on longstanding chemistry with Waddle but also will have the chance to throw to one of the best receivers in the modern NFL in Hill.

A lot of the Dolphins’ success this season rides on Tagovailoa stepping up in the best situation he’s had since entering the NFL. He has the chance to lock himself into the starting quarterback role for the foreseeable future with a strong performance in his third year. At the same time, Tagovailoa has a relatively short leash with so many pieces for success around him and backup Teddy Bridgewater ready to step in if needed.

Obviously, Miami hopes it never comes to that, because a disappointing season from Tagovailoa likely also means a disappointing season for them. But if their young quarterback steps up, he and the strong young pieces the Dolphins have on both sides of the ball could absolutely bring the team back to the playoffs, even in a tough AFC field.

Once they do, Miami still needs to make more of a playoff run rather than just a quick, one-week cameo in the postseason to consider this year successful. They have the pieces around their quarterback to do it. But again, it’s just up to Tagovailoa to ensure all of the investments the team made this offseason were worth it. 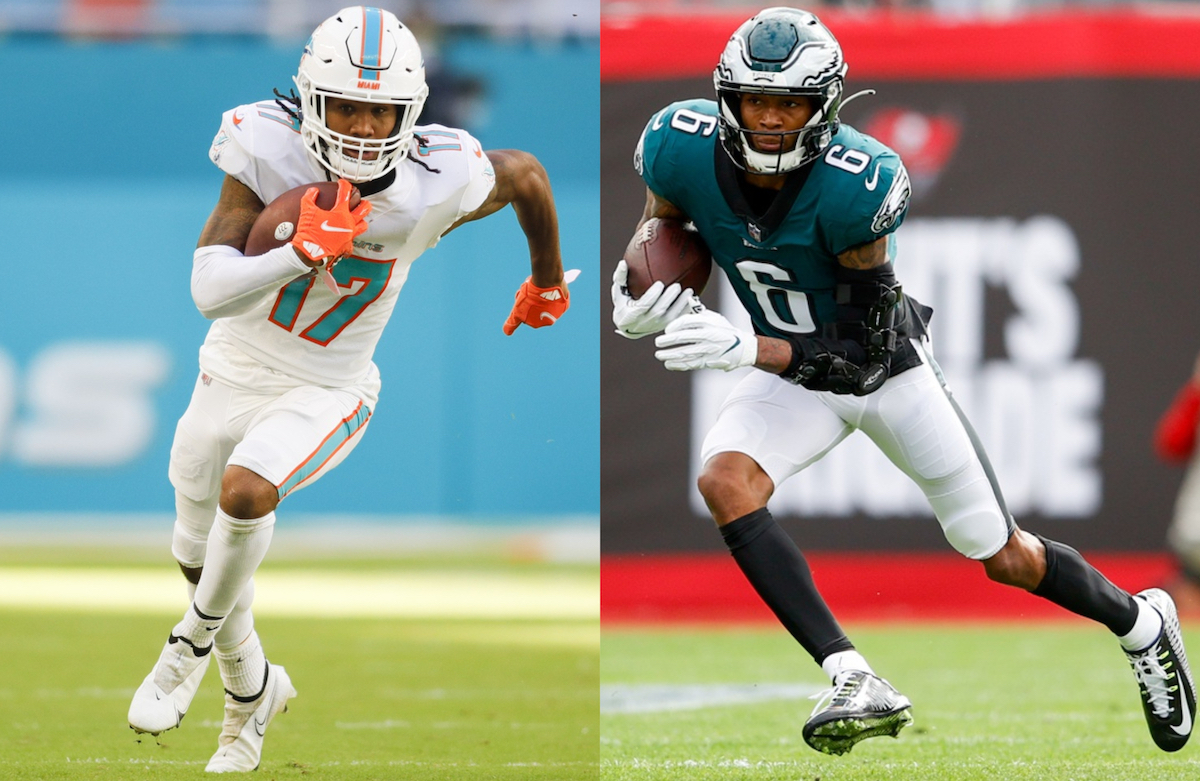