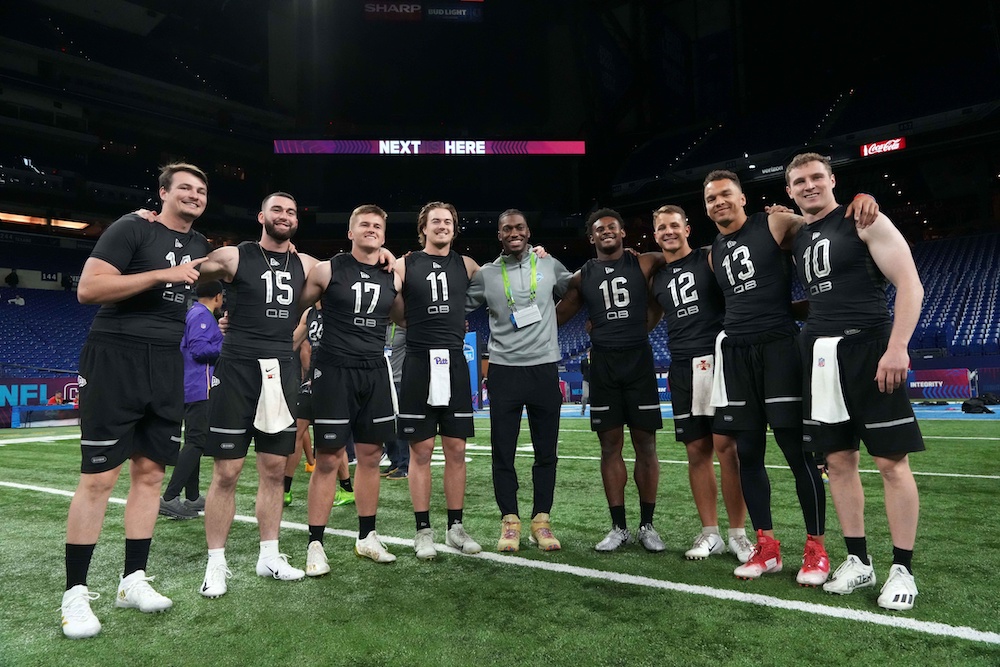 Was This Year’s Quarterback Class Underrated?

This past draft seemed to be unprecedented in its approach to the quarterback position compared to past draft classes. There was a consensus in the NFL community that this class was not that talented, but when has that ever-stopped NFL teams from taking a from drafting a quarterback much higher than their draft grade based solely on their potential and the importance of finding a franchise quarterback in the NFL?

In most quarterback classes the players’ deficiencies are overshadowed by the quarterback’s upside and potential. For example, in the 2017 draft, Mitchell Trubisky was selected number two overall to the Chicago Bears (who even traded up one spot to get him). There were question marks on his ability to read coverages, be a quick processor and the fact that he only had one year of production at the University of North Carolina. But all of these question marks were overlooked due to what some NFL people believed to be a tremendous upside, which led to him being selected in front of quarterbacks like Deshaun Watson and Patrick Mahomes. In comparison, Sam Howell is a quarterback who went to the same exact school and had a bigger body of work with comparable final year numbers but wasn’t drafted until the fifth round.

Or what about the similarities between Trey Lance to Malik Willis? Lance was selected with the number three overall pick to the San Francisco 49ers. Coming out of college Lance was a one-year starter that showed to have a strong arm and be a high-level athlete, he just needed to work on his accuracy. This sounds familiar right? That’s because all of the same things were said about Liberty quarterback Malik Willis. But instead of number three overall, Willis was drafted in the third round.

Looking ahead to the drafts in the future, I believe it will be an interesting study to observe if this was a new trend for NFL teams not to ‘reach’ for quarterbacks or if this year was simply a blip on the radar. In my argument I’m not saying that this year’s quarterbacks deserved to be top 10 picks but based on past draft history and positional value, the quarterbacks in this year’s class may turn out to be the biggest steals in the draft.