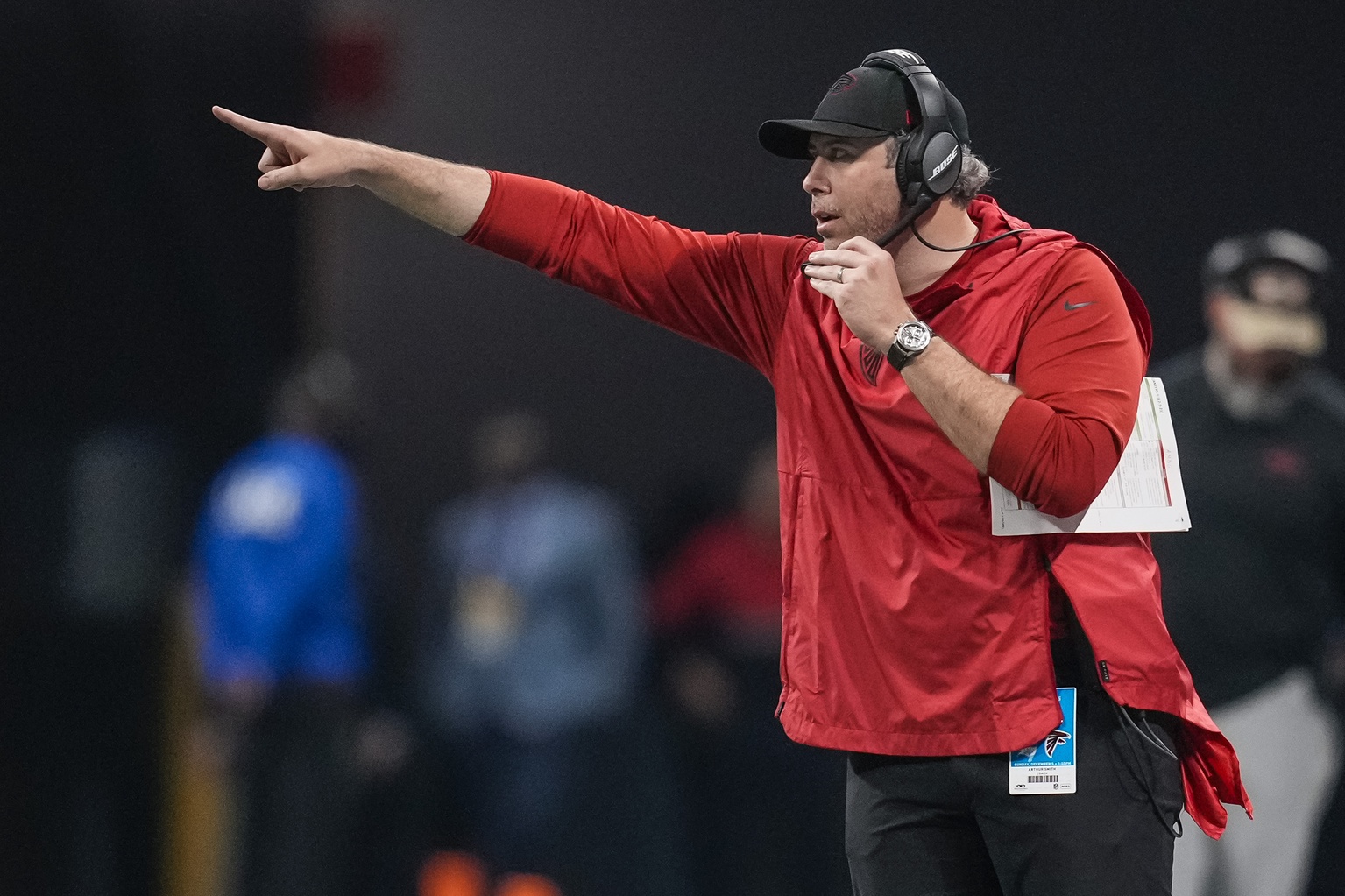 Teams That Should Trade Into Top 5 in 2022 NFL Draft

With two top-10 picks—the fifth and seventh overall—the Giants are in the best position by far to trade back for more draft capital. In fact, as a team that has needs all over the roster but doesn’t quite have the early capital to fill more of those needs this year, it would be more shocking if they didn’t decide to trade back from one of those picks.

Between the two picks New York has in the first round, it’s the fifth overall pick that will most likely be in high demand. For one thing, it would be highly sought-after even in a vacuum. After all, a top-5 pick is inherently more valuable than any pick in the back half of the top 10.

What makes it even more intriguing though is the team picking behind the Giants: the Carolina Panthers.

It may be all smoke and mirrors, especially this close to the draft, but there’s been a lot of talk about the Panthers taking a quarterback with the sixth overall pick. Whether that would be a smart move for Carolina is a different story, but if Malik Willis is still on the board by the fifth pick, there are several teams further down the draft order that might feel obligated to trade up before he falls to the QB-needy Panthers.

The fifth overall pick in the 2022 NFL Draft is worth even more with the circumstances surrounding it. These teams in need of an upgrade at quarterback should all be on the phone with Giants General Manager Joe Schoen on draft night trying to trade up.

This really almost makes too much sense.

Atlanta just traded away franchise quarterback Matt Ryan to the Colts after failing to emerge victorious in the Deshaun Watson sweepstakes. That gave them a little extra draft capital, which in turn could help them move up a few spots in the first round.

The Ryan trade also left the Falcons without their future answer at quarterback, and Marcus Mariota’s contract suggests he’s just a stopgap for them until they get their real answer. Trading up for Willis gets them that answer in the form of not only a Georgia native, but an Atlanta native. He could then develop behind Mariota for a year before getting his chance to shine as the new franchise quarterback for his favorite team growing up.

Also of note: the Giants would not mind swapping first-rounders in this trade at all. They only move three spots back from 5 and it gives them back-to-back picks at 7 and 8.

The Steelers, like the Falcons, need a new franchise quarterback in the wake of Ben Roethlisberger’s retirement. And similarly to Atlanta, they’ve got a bridge quarterback—Mitch Trubisky—in place that wouldn’t force Willis, a raw prospect, to immediately step in as the starter.

Unlike Atlanta however, the Steelers don’t have a plethora of draft picks in 2022 that they can use to trade up. The good news is that they’re a good enough team to trade away a few picks without it damaging their outlook next season or their long-term future. They could dip into their 2023 draft capital as well. In return, they’ll be able to lock in their next franchise quarterback in 2022, keeping them right in the heart of AFC contention for even more years to come.

Though it was a different regime at the time, the Giants proved last year they were fine trading back to the 20th pick. They got a good player there, too. It’s not as ideal a situation for New York as it would be trading with the Falcons, but it’s not unreasonable provided they get a couple more day two picks.

As with the other teams on this list, the Seattle Seahawks are also in need of a new franchise quarterback. After the relationship between the team and Russell Wilson became irreparable, Seattle traded their franchise guy for the last decade to the Broncos.

In return, the Seahawks got their own bridge quarterback in Drew Lock, as well as some much-needed early draft capital. Like the Falcons, Seattle already has a top-10 pick, and they could use some of the valuable capital acquired from Denver either in this year’s or next year’s draft to break into the top five.

Seattle could then either draft a guy with a high ceiling like Willis or even bring in Pittsburgh’s Kenny Pickett, the quarterback with the highest floor in this draft class, to potentially start immediately. Either way, they know Lock isn’t a long-term solution to replace Wilson, and they get whoever they prefer with the fifth pick to take over under center.

Of course, one team that might try desperately to trade for the fifth pick is the Panthers themselves. To avoid getting swooped by another team, Carolina could try to negotiate a trade that would allow them to pick one spot ahead of their current position.

The only problem is the Panthers really don’t have the draft capital to be making a trade into the top 5. Thanks to their trades for Sam Darnold and C.J. Henderson, that sixth overall pick is their only one in the top 100 of this year’s draft. They could look to use some of their 2023 picks to trade up as well, but that only further hamstrings a weak roster in future years. If anything, the Panthers should be looking to trade back, but they could force a move up out of desperation.

This is by far the least likely scenario, and I really just don’t see it happening.