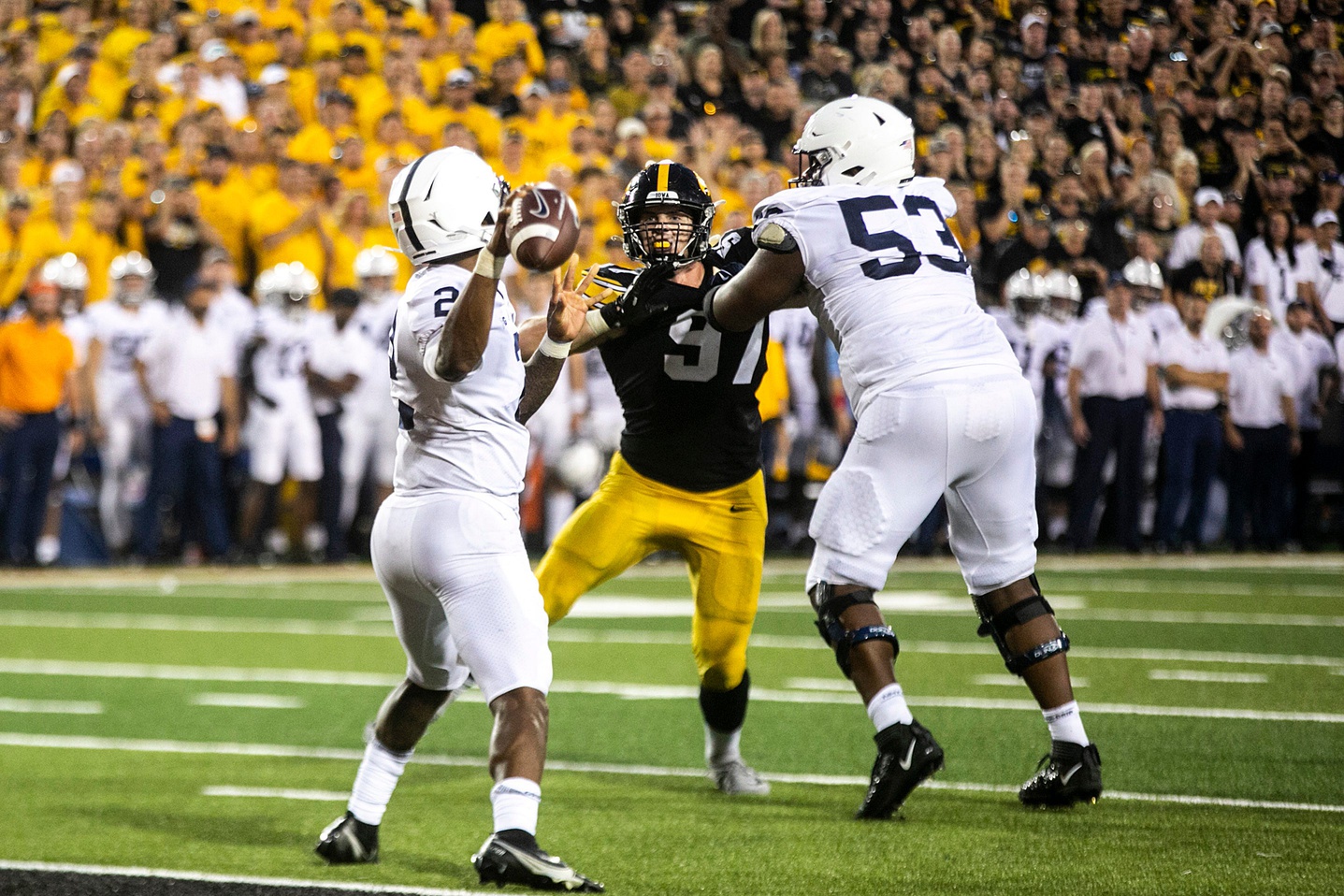 Offensive tackles are expected to fly off the board early and often during the first round of the 2022 NFL Draft. The list of linemen that project as top-15 overall selections includes Alabama’s Evan Neal, NC State’s Ikem Ekwonu, Northern Iowa’s Trevor Penning, and Mississippi State’s Charles Cross. Protecting your franchise quarterback is more important than ever before in today’s pass-happy, offensive-driven league and as such, offensive tackle is typically one of just three positions that garners consideration for the first overall selection.

Not every NFL franchise will have the luxury of drafting such a talent. For teams who will unfortunately miss out on drafting those high-level prospects, or for ones that prefer to address other needs in the first round, the 2022 class is loaded with valuable offensive tackle prospects on Days 2 and 3.

We’ve identified three under-the-radar offensive tackles that could develop into starters for their future NFL franchises.

Penn State’s Rasheed Walker enters the draft as a highly experienced three-year starter with the Nittany Lions. Walker arrived at the collegiate ranks as a big-time recruit out of North Point High School in Waldorf, Maryland, and he did not disappoint. On tape, Walker is a highly athletic blocker with the foot quickness necessary to mirror opposing edge defenders in pass protection.

Walker was unfortunately unable to test physically during the NFL Scouting Combine or Penn State’s Pro Day, but he typically showcased excellent athleticism on tape. While playing against Michigan this past season, Walker enjoyed several impressive reps against the likes of Aidan Hutchison and David Ojabo. He didn’t win every single rep, but it still qualified as an excellent showcase for his overall pre-draft selling package. An excellent anchor, strong and precise hand placement and the desired overall timing of his punch makes Walker a worthy Day 2 offensive tackle. If he slides to the fourth round, several teams should jockey for position to draft him.

Matt Waletzko may be my preferred small school offensive tackle prospect in the 2022 NFL Draft. Few players made evaluators do a double take at the combine like Waletzko did. The University of North Dakota representative measured in at 6-foot-8 and 312 pounds with arms longer than 36 inches. Waletzko then displayed rare athletic ability considering his size and position, running the 40-yard dash in 5.03 seconds.

Waletzko’s length and powerful lower body make him a highly intriguing Day 3 developmental prospect. Waletzko will face a big transition to the NFL coming from such a small FCS program, but an appropriate and qualified offensive line coach should enjoy the process of attempting to mold his rare tools and unique measurements. Adding core strength and playing with greater consistency on a snap-by-snap basis are areas of focus for Waletzko going forward.

I came away thoroughly impressed when studying Kentucky’s Dare Rosenthal against the stiffest challenge on his 2021 schedule: the Georgia Bulldogs. Georgia’s defense was littered with five-star prospects and premium first-round selections, and Rosenthal put forth an extremely respectable showing. At the final whistle, Rosenthal had strung together enough quality reps against Georgia to serve as a resume game.

A former LSU transfer, Rosenthal has the chops to compete against the best of the best on a weekly basis. The uber-athletic Rosenthal ran a 4.88 in the 40-yard dash at the NFL Scouting Combine. The tape matches the testing in this instance. Rosenthal’s film showcases a highly gifted and athletic offensive tackle prospect that’s still putting the full package together. His hands are extremely raw and he’s going to require patience and time in a proper NFL strength and conditioning program (he weighed 290 pounds at the combine), but Rosenthal is exactly the type of raw talent worth gambling on with a Day 3 selection.