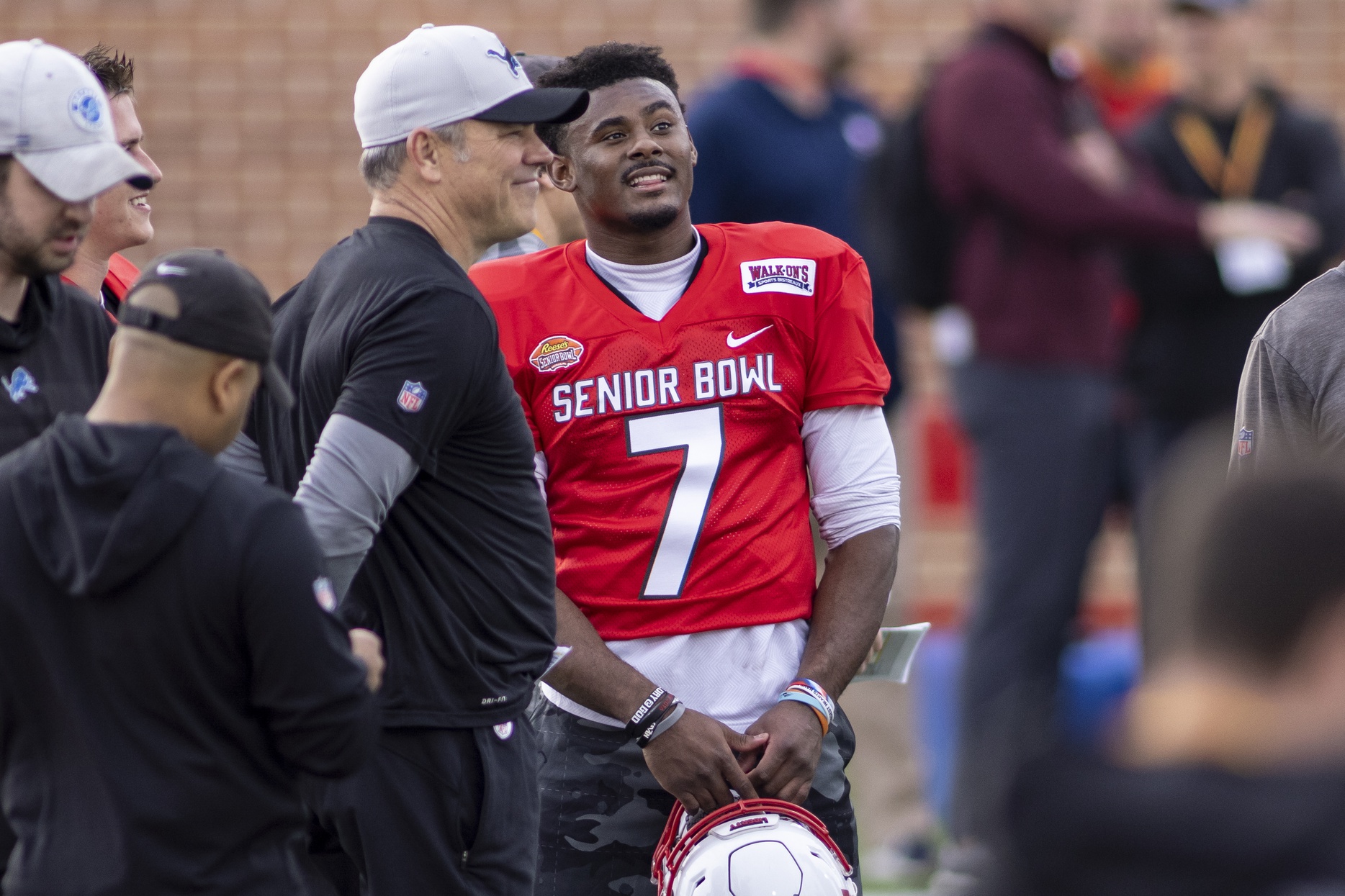 We’ve officially arrived. The first round of the 2022 NFL Draft will take place on Thursday night and league-wide executives are largely expecting the unexpected. This year’s draft promises to embrace wild scenarios and occurrences with open arms. The lack of groupthink has been rather fascinating to monitor. Unpredictable selections are guaranteed to materialize all throughout the first round. Several franchises would prefer to trade back from their current positioning in an attempt to acquire much-needed draft capital, while other general managers will venture to aggressively move up. First-round trades have consistently shaken up the balance of the draft throughout recent iterations and Thursday promises to welcome more madness.

Here are three potential first-round trades we could see on Thursday.

Giants General Manager Joe Schoen recently confirmed that he’s fielded phone calls in relation to his willingness to trade one of his two first-round selections and we wouldn’t be surprised if the New Orleans Saints revealed themselves as one of the more aggressive suitors. Saints General Manager Mickey Loomis has already proven his inclination to get creative when he acquired the No. 16 and 19 overall selection from the Philadelphia Eagles in a blockbuster deal a few weeks ago. I believe the Saints were positioning themselves to make an even more aggressive move on draft night. The Saints lost cornerstone left tackle Terron Armstead in free agency, and may have interest in jumping in front of the Carolina Panthers, who could be targeting an offensive tackle of their own with the No. 6 overall selection.

Carolina has routinely been tied to drafting a quarterback throughout the pre-draft process, but General Manager Scott Fitterer is more likely to draft an elite blindside protector such as Alabama’s Evan Neal, NC State’s Ikem Ekwonu or Mississippi State’s Charles Cross. Should New Orleans have interest in drafting one of the top offensive tackle prospects to replace Armstead, they may have to leapfrog the Panthers by catapulting into the top-five.

In this scenario, the Giants would retain their No. 7 overall selection while picking up an extra first-round pick (No. 19 overall) in exchange for their willingness to move down to No. 16. Schoen could still draft an elite wide receiver, cornerback or pass rusher in the top-10 while improving his Giants roster with two additional first-round selections.

Per DraftTek’s trade value chart, this swap would equal a matching total of 1,230 points in accordance with Rich Hill’s accurate Trade Value Model. It also happens to make sense for both parties from an on-field perspective. The Pittsburgh Steelers have routinely been connected to drafting a franchise quarterback following the offseason retirement of Ben Roethlisberger. Steelers General Manager Kevin Colbert protected the franchise by retaining Mason Rudolph and adding Mitchell Trubisky via unrestricted free agency, but the Steelers should make a valiant effort to draft a quarterback that carries more long-term upside on Thursday night. Liberty’s Malik Willis qualifies as a sensible target. Willis has the best pure arm talent of any signal-caller in the 2022 draft, and the Steelers should be willing to bet on his sky’s the limit potential.

For a Texans franchise that is clearly in rebuild mode, acquiring more immediate and future draft capital would allow General Manager Nick Caserio to potentially accelerate their process. In this metaphorical scenario, the Texans have already made a selection with the No. 3 overall pick, so moving back to No. 20 doesn’t necessarily prevent them from landing a desirable target. Adding Pittsburgh’s selection at No. 52 overall would allow the Texans to land another big-time prospect in the second round.

The Detroit Lions are extremely unlikely to draft a quarterback with the No. 2 overall selection. They are significantly more likely to draft an elite edge rushing prospect, such as Georgia’s Travon Walker, Michigan’s Aidan Hutchinson or Oregon’s Kayvon Thibodeaux. Detroit’s roster currently lacks a franchise quarterback and their willingness to draft a signal-caller with the No. 32 overall pick may be the league’s worst kept secret. With so many other franchises possibly privy to Detroit’s quarterbacking plans, General Manager Brad Holmes may have to move up in front of the Tennessee Titans, who have done a bunch of homework on the quarterback prospects themselves, if he hopes to land his desired signal-caller. Detroit could leapfrog Tennessee for North Carolina’s Sam Howell or Cincinnati’s Desmond Ridder.

On the Buffalo side of this equation, Bills General Manager Brandon Beane could be targeting a running back such as Iowa State’s Breece Hall, or a high-upside cornerback such as UTSA’s Tariq Woolen with his first-round selection. Both prospects should still be available at No. 32 overall, giving Beane and the Bills some added incentive to move back while collecting a pair of extra selections.