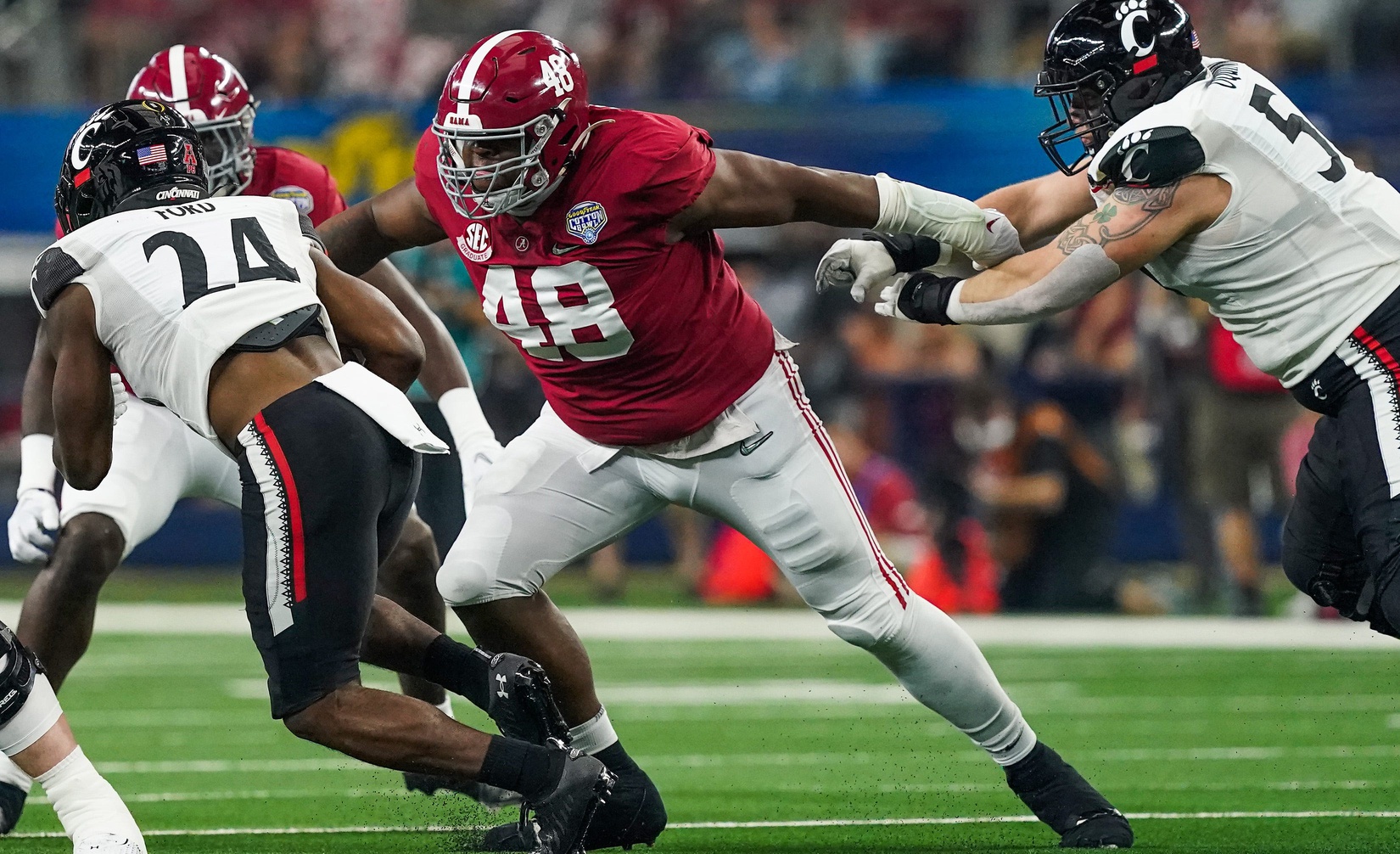 Applying pressure on opposing quarterbacks is the best way for a defense to put a stop to the high-scoring modern-day offenses that have taken the league by storm as of late. The edge rusher position is all the rage in that regard, but applying pressure right up the middle through the heart of the offensive line is often described by NFL coaches and scouts as the fastest way to make a quarterback uncomfortable in the pocket. The fast approaching 2022 NFL Draft will provide franchises with an opportunity to secure the services of such capable talents. Several interior defensive linemen are expected to be drafted in the first round, including Georgia’s fearsome duo of Jordan Davis and Devonte Wyatt. Texas A&M’s DeMarvin Leal and UConn’s Travis Jones have outside chances of hearing their name called on Thursday night, too.

For teams who miss out on these high-end premium talents, or for ones that prefer to wait until later in the draft to select interior defensive linemen, the 2022 class is loaded with valuable prospects on Days 2 and 3. We’ve identified three defensive tackles that could provide their future NFL franchises with immediate value.

There’s not a single Alabama player that can ever truly qualify as a sleeper, but I firmly believe Phidarian Mathis isn’t quite receiving the full credit he deserves. On film, Mathis is a no-nonsense, tough-nosed defensive linemen that possesses a high-level understanding of how to defend against the run. Alabama head coach Nick Saban often asked Mathis to do the dirty work up front and Mathis was consistently a willing participant. Mathis has a terrific anchor and is rarely moved off the line of scrimmage by a single offensive linemen. Coach Saban and his impressive coaching staff have helped develop Mathis’ football I.Q. Mathis reads opposing offensive linemen and the backfield at the desired level.

The Wisner, La. native was voted a team captain in 2021 and is highly regarded for having terrific football character, both on and off the field. As a pass rusher, Mathis largely relies on raw strength and sheer power. Mathis’ bull rush is his bread and butter in this department, but it remains relatively effective. Mathis should be available towards the end of the second round on Friday. Franchises that require interior defensive line help should be plenty intrigued by what Mathis has to offer.

One of the few true-blood draft-worthy nose tackles in this draft, Arkansas’ John Ridgeway is best described as a force to be reckoned with up the middle. The 6-foot-5, 327-pound Ridgeway plays up to every inch and pound of his staggering size. A former transfer from Illinois State, Ridgeway made an excellent career move by committing to Arkansas. The Bloomington, Ill. native passed the SEC test with flying colors this past season by appropriately handling a step up in competition. Ridgeway started 11 games in his lone season as a Razorback while compiling an impressive 39 tackles, 4.0 tackles for loss and 2.0 sacks.

Ridgeway routinely handled double teams and served as the anchor for a hard-nosed Razorbacks defensive line. Ridgeway projects to the next level as an extremely powerful and disruptive force. His evaluation is rather straightforward. Ridgeway’s heavy hands and natural strength will make him a run-stopping expert at the next level. That sort of defender still carries a terrific amount of value in the latter rounds.

Stanford’s Thomas Booker is an incredibly impressive athlete with a high ceiling. The 6-foot-3, 301-pound Booker took the NFL Scouting Combine by storm by running a blazing 4.95 in the 40-yard dash. It represents a terrific result for a defensive linemen that tipped the scales over 300 pounds. Booker’s eye-popping results didn’t stop there. He later ran the three-cone drill in 7.33 seconds and leaped an 110-inch broad jump. Booker may be flying under the radar but he’s a supreme athlete and an ascending talent.

On tape, Booker was a four-year starter for a prestigious Cardinal program. Stanford required Booker to play a versatile role across their defensive line by lining him up all over their formation and multiple alignments. Booker played every position ranging from the 0-technique to 9-technique and he handled all duties with grace. Arms longer than 33 inches helped Booker serve as a force against both the pass and run.