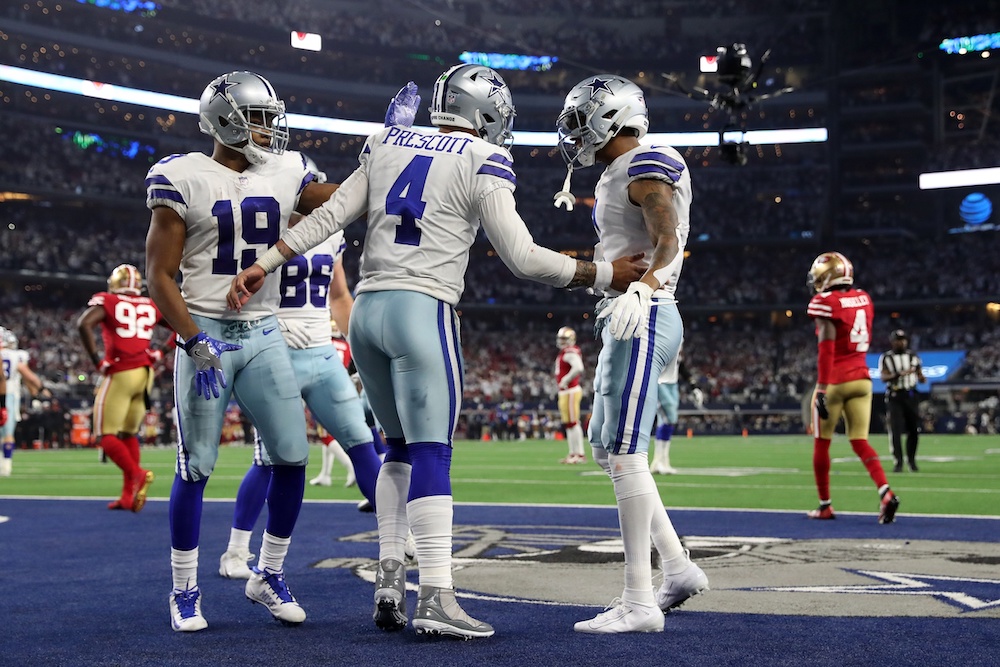 What Record Will Cowboys Have In 2022?

The Dallas Cowboys haven’t won a Super Bowl since 1995 but somehow manage every year to be one of those teams that are discussed as possible contenders. Owner Jerry Jones has done a great job of keeping the optimism high around them even though over the past 20-plus years their record has indicated that they have been a pretty average franchise.

This offseason for the Cowboys has been interesting, to say the least. Contrary to their past tendencies, they have had a relatively quiet offseason to his point, with their only big move being trading Amari Cooper to the Cleveland Browns and losing a bidding war to the Denver Broncos for Randy Gregory.

So, it’s safe to say the Cowboys have lost more pieces than they added to their team. Last year the Cowboys finished with a 12-5 record and had a disappointing loss in the divisional round of the playoffs to the San Francisco 49ers.

Entering this season, the Cowboys have tons of question marks that will ultimately determine the success of their season. Dallas is one of those teams that have a high ceiling but also have a low floor, and that is a very dangerous place to be.

The Dallas Cowboys have many questions entering the season. Some questions I believe will have positive outcomes and some not so much. I believe that the Cowboys take a slight step backward next year as far as record but are fortunate enough to be playing in a conference that is just not that good. So, I believe that Dallas will make the playoffs as a wildcard team, win their playoff game and lose in the divisional round. It leaves them somewhere as a slightly above-average team that has been right on par for the Cowboys franchise the past 25 years.